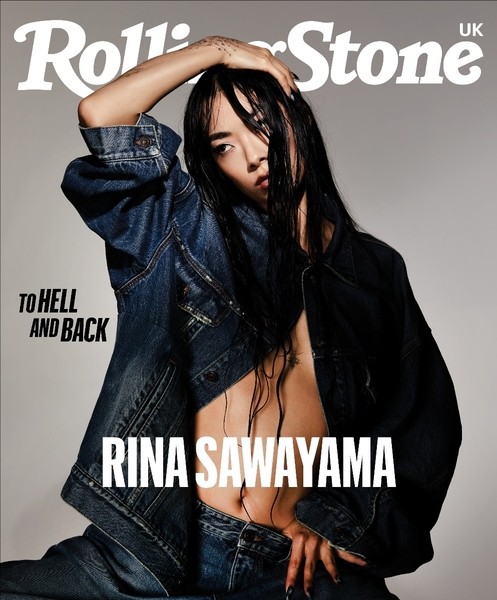 LACHIE GILL IS CROWNED WINNER OF THE VOICE 2022

Lachie Gill has been crowned The Voice Season 11 winner, taking home a recording contract with Universal Music Australia and $100,000 in prize money. Lachie’s performances impressed both the coaches and the voting Australian public and ensured he took home the ultimate prize.

“When we read reviews of our album “Sonic Forces”, the term “Disco AOR” was used to describe our music”, the band comments. “We hadn’t heard this before but kinda liked it and I think this song was written with that in mind. The energy and the pacing of the song make it the perfect album opener, show opener, and of course… the first single”.

There is nothing regular about Aussie producer extraordinaire What So Not, with the revered electronic artist returning today with sweltering gusto via new single Mr Regular, boasting iconic features courtesy of Razor scooter world champion Oliver Tree and rap legend Killer Mike (Run The Jewels). One of the undeniable ‘must hear’ musical moments in an extremely stacked 2022, the release today of Mr Regular also accompanies the long-awaited confirmation of What So Not’s sophomore album Anomaly, set for release on September 16 and available to preorder now.

‘Top 9’ is the latest single from Devils Elbow, and comes from the bands latest EP ‘Riverlands’.

The track references music and radio itself, as well as the idea of a long-established artist the ‘best-kept secret’ hitting the mainstream and becoming a ‘Sensation Overnight’.

“Moonshine Kidneys” is a summer fun country jam. The layers of guitars drives home the exciting uptempo hit. It embodies a day at the lake. Grilling, fishing and sitting by the campfire with that special one and friend, whilst drinking moonshine or beer.

Buckinghamshire based four piece Bollo Bollo present their debut EP ‘I’ve Got a Good Feeling About This’. The EP sees the band blending the genres of indie and alternative-rock – leading everyone down a bright and fruity path towards their first full body of work. Along with their EP the band have released their latest single ‘Last Of Our Summers’ – a euphoric piece of indie-rock, which creates a unique cocktail for fans of the likes of Foals, Don Broco, Fontaines DC and Tame Impala.

Having won the praises of Elton John and the wider music industry with her debut album SAWAYAMA in 2020, RINA SAWAYAMA is back with new single, This Hell. Speaking to ROLLING STONE UK in an exclusive digital cover story, Rina reveals how therapy and “re-parenting” herself during the pandemic inspired her second album, Hold The Girl.

THE GULPS – “King of the Disco” {Out Now, via Alan McGee’s It’s Creation Baby} + UK Dates

Arriving as the London five-piece’s second single with the tastemaker label, “King of the Disco” is a bubbling petri-dish of rock, pop and disco influences that pulsates with a raucous, live-ready energy and an all-out party atmosphere.

With its beats and grooves overseen by the legendary Danny Saber (Black Grape) on mastering, the resultant track is a swirling indie-disco earworm landing just in time for manic summer nights under flashing lights and Dyonisian blow-outs on sticky dancefloors.

Council Estate Confidence lands following a successful 2021, including the release of his 7-track EP, Ave Life which drew attention from Kenny Allstar (1Xtra), Jeremiah Asimiah (Radio One), Grime Shutdown (Spotify) and Charlie Sloth (Apple Music) amongst others. Also making his TV debut on Channel Dave for new series, ‘British As Folk’ and a guest appearance on Channel 4’s ‘Steph’s Packed Lunch’, Chiedu continues to champion his own lane in UK Black Music, his social poetry on the Northern Black experience taking centre-stage as he leads Northern talent to the forefront.

The Geneva/Zurich-based post-punkers Haneke Twins just released two brand-new video-clips, ‘Astronaut’ and ‘River’. Both songs were recorded live, with the three new members (Emil Koulouris, Paul Aspell and Andrés G. Delannoy) joining the songwriters and founders of the band (Paschalis Vichoudis and Stefanos Leontsinis).The live tracks were mixed and mastered by Costas Verigas. The video-clips were filmed and edited by François Verreyt.

‘Astronaut’ is an ethereal mid-tempo track with post-rock touches and surreal lyrics, with the astronaut symbolising mental health problems such as depression, anxiety, panic disorder.

‘Chapter IV: Vulnerable’, follows on the release of recents singles including, intimate ‘Shadows Of Memories’, ‘Wish I’d Loved You More’ – a collaboration with rising Alt-pop French singer Bergmann and French rapper Days – the powerful, ‘At Last’, and the intimate ‘Breathin’. The single served as an introduction to Ulrich Forman’s emotive journey through the pain and joy that comes with love, vulnerability and songwriting he explores in his new album. While ‘At Last’ reflected on the aftermath of love and ‘Breathin’ explored the emotions of “falling in love without warning”, in ‘Wish I’d Loved You More’ Ulrich continued exploring the theme touched upon with ‘At Last’, the relationship is consumed, love is dead.