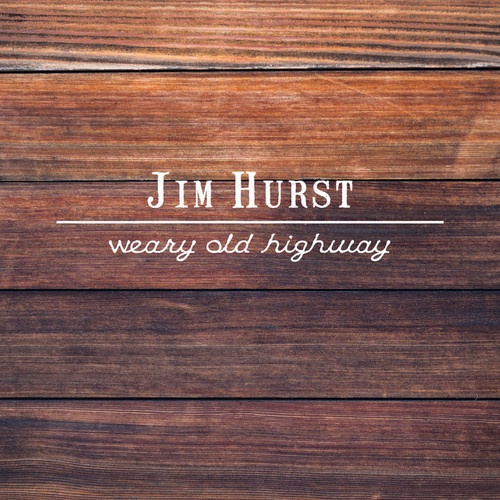 There’s a pastoral calm to the string play in the single “Weary Old Highway” that draws us back to a simpler time in the history of Americana, where the aesthetic was less an influence and more a force of culture all on its own.

Neither complicated by construction nor filled with any of the synthesized filler that has become increasingly common in mainstream country music over the past twenty years, “Weary Old Highway” brings together Jim Hurst with Darin and Brooke Aldridge for what feels like one of the more moving collaborative moments I’ve come in contact with this spring, at least out of this genre in particular. From the moment we get into the guts of the opening verses, there’s a markedly strong hesitance in the beat as if to suggest that this road the players are traveling down is one that will be beset with regret and growth the same. The lyrics add to this powerful suggestion, and although the imagery is quite vivid, I don’t think you can accuse anyone here of overthinking the concept. This is pure for sure, and it’s coming at the perfect time this year.

The arrangement in “Weary Old Highway” is pretty cut and dry, and I would even say that because of its black and white stylization we’re able to better appreciate the vocal skills that are working their way into the spotlight at one moment or another here. though I don’t think they needed to be as heavy on the front end, the strings here are profoundly delicate and give us the right kind of counterpart to the singing, which is delivered to us with a colorful panache that I wish I heard more of in this genre these days.

From one verse to the next, we cannot evade the harmonies that are filling in the edges in this single, which is probably the number one reason why I would describe “Weary Old Highway” as magnetizing no matter how in love with the country music scene you are (or aren’t). It’s highly melodic, and in an age filled with chiptune-driven hooks, it feels especially organic to put it quite mildly.

Between the surprising chemistry that Jim Hurst has with the Aldridges and the general sense of equilibrium that we find in the structure of this song, I would have to say that “Weary Old Highway” is a big win for these players, and likely something that’s going to bring both acts a lot of attention from the press on all sides of the dial this year.

This is unquestionably a hot moment for the Americana revival movement, and with Hurst’s significantly more relaxed pace in this performance, I think he’s making it clear that he’s aligning himself with the puritans of his scene far more than he is with anyone creating hybrid harmonies in the studio right now. This is old school and unabashedly so, which is what a lot of listeners have been demanding for the better part of the last few years.