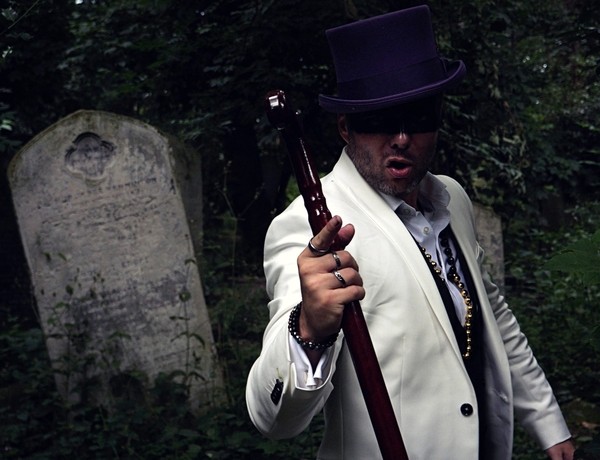 World travel hasn’t been too easy to do during the past few years. But some intrepid explorers keep searching out new horizons. Fired by fascination, they journey all over the globe, learning and sharing whatever they can, absorbing and synthesizing traditions, and making unlikely connections. guUs is an artist like that — a legitimately worldly musician who has brought his curiosity (and his songbook) wherever he’s gone. Originally from the Netherlands, he’s immersed himself in the musical traditions of his former home of London. While he currently calls San Francisco home, he has a deep fascination with New Orleans and the American South.

All those influences and more are audible in the music guUs makes: a gorgeous fusion of Old World art song, sophisticated jazz, experimental Tom Waits-style blues, touches of psychedelia, the cutting edge of prog, the storytelling sensitivity of Broadway and the West End theater, and spirituals and early gospel, that all takes influence from artists like Robert Johnson, John Coltrane, and Otis Redding. Except for collaborations on sax and with African drummers on the rhythm section, guUs does it all himself: writes the lyrics, sings the songs, directs the videos, and plays all instruments. Every guUs track is an adventure; every song documents a push beyond the artist’s previously established limits. Yet somehow, guUs never sounds restless. No matter how much he plays with rhythm, melody, and expectations, nothing is ever forced. His recordings are self-contained worlds, absorbing, complete, and full of color.

“Baron Saturday” shows guUs’s commitment to experimentation, surprise, self-expression, and a sense of fun. “Baron Saturday” is the journey to the bayou and the exercise in off-kilter beats, swampy guitar, and charismatic vocals. The track is guUs’s examination of his feelings in the wake of Hurricane Katrina, the exposure of the vulnerability of a great American city, and the deals with the Devil cut by unscrupulous leaders.

The “Baron Saturday” clip takes us to Louisiana and a rendezvous with guUs in a gorgeous, overgrown cemetery that, from the looks of the leaning tombstones, dates back to the colonial era. He’s outfitted for the occasion with Mardi Gras beads, a walking stick, and a big bottle of rum – a fitting drink, as the actual voodoo spirit Baron Samedi is known for being unruly and having a penchant for rum. guUs comes on like the spirit of zydeco — but there’s something sinister lurking in these verdant bushes.