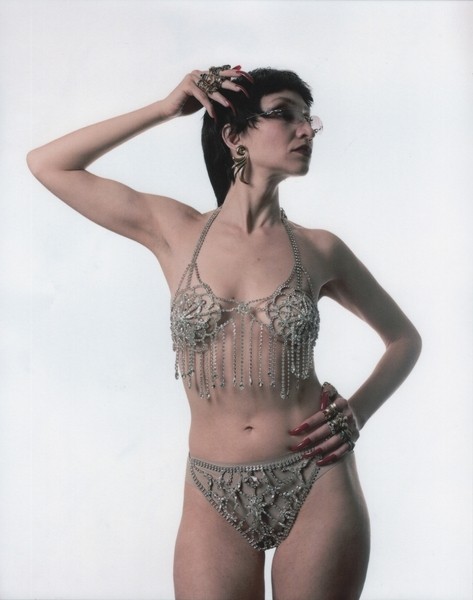 Jacksonville, FL Alternative Rock project PHARMACOSE released their newest single, “Obey.” Dark, gritty, and atmospheric, with an underlying tension that will appeal to fans of such similarly incisive orchestrators as NINE INCH NAILS and TOOL, “Obey” is an exploration of corporate corruption in the modern age. “Obey” is the second single off of the band’s ongoing new concept project, Ascension’s Constraint, which is due for full release throughout 2022.

Dynamic, post-metal ensemble A LIGHT WITHIN emerges from a long hiatus with their most boundary defying music to date. As the long-awaited follow-up to their critically acclaimed 2018 Epilogue, has decided to take a different approach, inviting fans into the creative process and releasing demos that showcase material with more texture and depth and room to grow with their fans. The first installment, “Terraform”, is released today, May 10th. A LIGHT WITHIN will continue to release demos, one at a time, over the course of 2022, as they work their way to a full-length album.

STATEMENT: “Dreams From The Darkest Side” single & video out now

Danish heavy rockers STATEMENT just released their new digital single, taken from their upcoming album, to be released later this year via Mighty Music. “Dreams From The Darkest Side”, the title track of the album, reaches new heights in Statement’s fine mixture of melodic heavy metal and rocking, groove hard rock.

“Beg Towards The Sky is a blistering track that captured the universal fear of AI autonomy/free will and presents it with riff after pummeling riff of energetic grooves and grandiose atmosphere.”

BERRIES – Share Addictive New Single “We Are Machines” {Out Today}

BERRIES have unveiled their latest single ‘We Are Machines’ — taken from their forthcoming debut LP ‘How We Function’ (out 8 July 2022).

Once more tackling a hard-hitting theme head on with a razor-sharp blend of fuzzy guitars, driving riffs and gritty rock melodies, “We Are Machiness,” arrives as BERRIES announce the release of their first cohesive full-length record ‘How We Function’, out 8 July 2022 via Xtra Mile Recordings.

Dutch composer and bassist Daniël Eskens has announced details of his much anticipated debut album “Sight Inside”. Having cut his teeth playing in various indie and jazz outfits such as Jo Goes Hunting, Opera Alaska, and Karsu, the album marks his first solo outing after years spent composing and experimenting in his studio. The album is due out 22nd July via independent Amsterdam label, Bloomer Records (Nana Adjoa, Future Husband, Micro Talk + more).

Avant-pop songstress NAVA released her fourth EP, NAFAS (translating into Breath) on the 13th of May via Oyez! This is the first of her anticipated three EP collections, each one dedicated to a specific theme that create her artistic identity. NAFAS goes beyond the music and digs deep in NAVA’s roots, language being its main focus. Through carefully picked and coherent collaborations with 555n (an AI art, sound art and music production project created by Sirian/Italian artist and composer Gadi Sassoon), Italian born Madrid based Bawrut and young experimental Milan based Giumo, she explores where she has come from and how her life is evolving. The EP was mastered by Alex Trecarichi at Monodynamic Studio and by Matteo Lombardi at Fingerprint Sound Studio, both in Milan. NAFAS features the fierce track ‘Respiro’ as well as the previously released singles ‘Senti’ and ‘GAZ’ where an assortment of languages meet unusual beats, with a dark, underground tone that evades the mind and finds a place deep within the chest cavity.

French electronic producer Michael Canitrot celebrated the Paris debut of his pioneering Monumental Tour at the one of the most iconic monuments in Paris – the Palais Royal – last night. During the extraordinary gig, Canitrot premiered his latest single ‘Samothrace’ – available today on all streaming platforms via Wagram International.

Berlin-based, Australian-born singer/songwriter Lucas Laufen releases his highly anticipated second album, Weathering, out May 13 via Embassy of Music. Weathering is a collection of impressions and memories he has collected in Europe throughout the last years. “Like everything I write, the album consists of personal stories, reflections and poems from the time after the release of my first album I Know Where Silence Lives. Weathering is about personal insights, processes changes and looks both to the future and to the past,” says Laufen about his musical diary.

Los Angeles singer-songwriter, Jesse Jo Stark, has released the single and video for “so bad” today, the first track from her upcoming debut full-length album, DOOMED, out September 21st.” “so bad” was co-produced by Jesse Rutherford (The Neighbourhood, benny blanco), whose vocals are also featured on the song, and Michael Harris (HAIM, Angel Olsen).