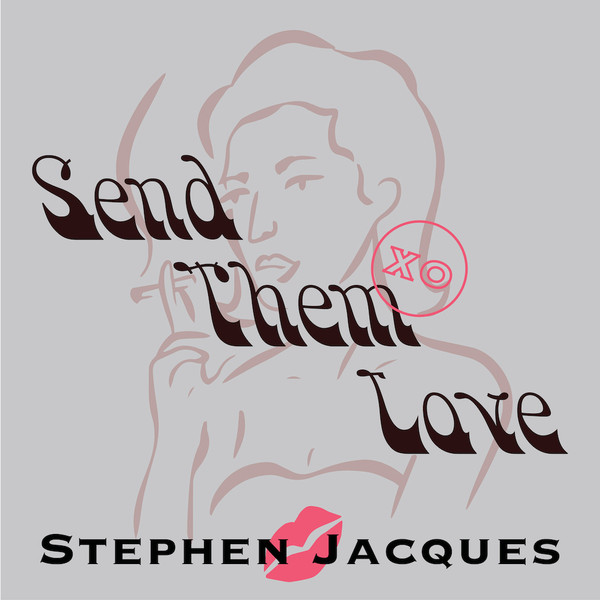 Stephen Jacques’ “Send Them Love” begins with a guitar and strings arrangement. He sings about a love that came quickly – perhaps, a love at first sight. Yes, this is an extremely romantic song lyric, but it’s also sincere, which gives it validity.

Vocally, Jacques sounds a bit like a grizzled Irishman. There’s a roughness to his singing that fills it with that quality. The violin on it also leaves it sounding slightly Irish, too, like early U2 or some of Van Morrison’s more ethnic recordings. Jacques voice is accompanied by a female harmony vocal on this one. Toward the track’s end, there’s also some nice interplay between the violin and electric guitar.

Jacques’ lyrics are a little stream of consciousness, and slightly scattered. Like a poet or an author setting the scene, Jacques tells us about the cold weather, where his heart is warmed by “sweet words.” Some of his phrasing is, to but it bluntly, a little awkward. For instance, she sings, “A happy face you will meet,” instead of the more concise “meeting a happy face,” and then finding a word to rhyme with face. It’s not exactly grammatically incorrect; it’s just clunky sounding and could have been smoother.

Although the song features a gentle, folky arrangement, Jacques sings it almost as though he’s making it all up as he goes. Instead of trying to pack his song with clever lyrics, he throws words and phrases together to create a mood. Some of these phrases make you scratch your head, though. For instance, at one point Jacques sings, “Stress can make you run the streets.” Jacques sure doesn’t look like the kind of man that “runs the streets.” He’s more than a little past that age. So, perhaps his lyric is one that recalls events from his younger years. It’s possible.

The song’s title is also a little confusing. Although the song sounds to be about a one guy’s love for one girl, he titles this one “Send Them Love.” Who exactly are the “them” he refers to? Does he actually have his eye on more than just one girl? That seems to be a stretch, but without that multiple theory, it’s difficult to make full sense of the song’s title.

SPOTIFY PRE- SAVE FOR ‘SEND THEM LOVE’ – https://show.co/MFqPHIA

Elsewhere, he sings about waking up alone on a beach. It is here that ‘she’ says to “send them love.” Could it be that Jacques is singing about a mermaid, who is singing a siren’s song from out in the sea? Her message may be to send love to the land dwellers. Jacques doesn’t say this explicitly, and one needs to read deeply between the lines to come up with such an interpretation. However, Jacques at least hints at this reading, if nothing else.

Much like mermaids, Stephen Jacques’ single “Send Them Love” is beguiling and mysterious. You may have an entirely different interpretation of it. Jacques might well welcome such multiple meanings, as he doesn’t come right out and tell the listener what he’s singing about. No matter, though, because any song about the sending of love is always a welcome one. Keep on sending that love, Jacques!