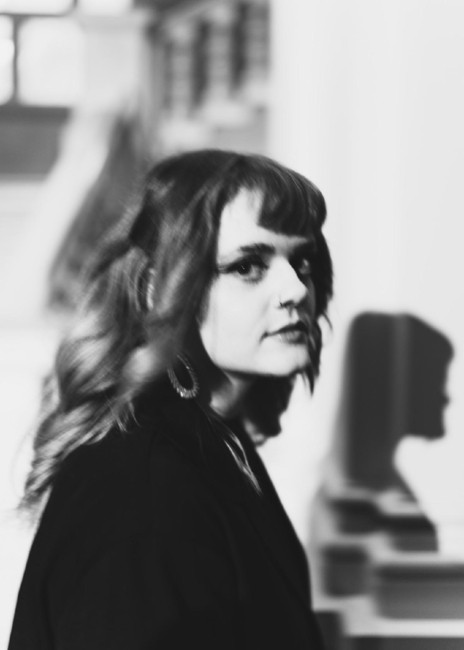 POORSTACY is currently on tour supporting nothing,nowhere along with carolesdaughter, guccihighwaters, and snarls. POORSTACY will also hit the road with Bring Me The Horizon and A Day To Remember on the Survival Horror European Tour in 2023.

The refreshingly emotional track serves as an honest re-telling of Ethan’s senior year experience during a global pandemic, complete with the emotions he felt in real time. Beginning with delicate piano playing and light acoustic guitar strumming, the song quickly switches to heavy drums and screaming electric guitar, by way of a thunderstorm of a chorus that dissipates as quickly as it sonically materializes.

Today, multiplatinum selling global superstar Khalid releases his new single “Skyline” along with the music video via Right Hand Music Group/RCA Records. Written by Khalid and produced by Chrome Sparks, this dreamy retro pop track is the official lead single off Khalid’s highly anticipated third studio album which is due out later this year. Directed by Levi Turner and Cody LaPlant, the colorful music video transport you outside to a blissful summer day and unveils two worlds of style and aesthetic merging into one as a dance party ensues while Khalid simultaneously floats through the air in a 1999 color shifting limited edition GT-R Skyline.

A slow-burning ballad, “Lie Again” showcases GIVĒON’s masterful vocal control and emotional storytelling. In this song, he sings directly to his lover, pleading that they lie to him so he doesn’t have to think about the harsh reality. “Don’t tell me baby, I’ve heard enough,” he sighs over dreamy guitars. “I told you I don’t want the truth.” It’s the kind of raw, relatable sentiment that made 2020’s “Heartbreak Anniversary” a triple-platinum hit.

“Not everyone has a conventional life with conventional relationships,” says front woman Emily Haines. “‘All Comes Crashing'” is a love song that goes beyond romantic love, it’s an expression of solidarity with whoever it is you would want to have beside you in the event of catastrophe. It might be your best friend, it might be your blood brother or your dog. The song is dedicated to those you consider your family, whatever that looks like for you.”

Now The Boppers are reloading, and the second single is nothing less than the band’s riotous version of Chris Spedding’s classic “Motorbikin’” from 1975!

Together with the legendary producer Tomas Skogsberg (The Hellacopters, Backyard Babies, etc.), the band has recorded their new album ‘White Lightning’! The Boppers are celebrating 45 years as a band, and with White Lightning they prove that they are still a band to be reckoned with.

Noah Slee – it takes a village

Slee is an artist for whom the term ‘community’ is a defining factor in his creativity. Be it in the relatively recent sense of belonging found as part of the free-thinking, queer community of Berlin, the community he is forever tied to through his Tongan roots, or the artist community he cultivates through running grass-roots events which strives to support home-grown Berlin talent. His album ‘it takes a village’ is aptly named, given it returns back to Noah’s innate bond to human community and in his words is is a celebration of the Berlin community he is very much a part of – from its creative scene to its open-armedness to the LGBTQ+ community.

Today, Raz & Afla are back with infectious new single ‘Survive’, which pays a tribute to our collective resilience facing the global pandemic, encouraging us to hold on and “just keep on moving forward”.

The people on CAJA’s island are used to hard weather and hard work, a community of fisherfolk and other seaworkers. CAJA always sought something else in her heart: from an early age she wrote melodies and lyrics; hammering, humming and singing.

Growing up in Germany and of Ghanaian heritage, MiDi KwaKwa’s music is as dreamy as the songstress herself. Boasting an effortless and euphoric aura, MiDi’s latest neo-soul offering ‘More Than A Friend’ is the new soundtrack to your Sunday mornings.

Tom Walker makes an impressive return with the upbeat and addictive ‘Serotonin’ – the first taste of new music from his hotly anticipated forthcoming second album.

Featuring sun-dappled chords and a soft bassline, ‘All Night’ is a dream of a record that flows through a contemporary pop and R&B space. Crafted perfectly with soulful instrumentation and an exceptional vocal that instantly melts you into the vibe of the track, it is also the coming of Trevis that we are living for.

“Teardrops” sees MK collaborating with UK super producer Paul Woolford and Toronto-based visionary duo Majid Jordan. Together this dream team has created a melancholic piano house anthem with an R&B twist that is sure to soundtrack 2022.

Coming on the heels of his cloudy, lo-fi jam “Naked Truth”, Kent Danger proves he’s as dynamic as he is enigmatic on his new alt-rock song “Aries Rising”. This track just makes you feel like you’re moving fast, without a care in the world. Coming in at 3:34, we get Danger’s daring persona in full force. He tells stories of close encounters (“this blade from California, don’t wanna use it on ya”), as well as tribulations of love (“I’m looking in her eyes, but all I feel is ice”) that detail the fast life of an Aries rising. It’s no secret that every generation is enamoured with the zodiac, but as of late it seems that Gen Z has really taken this obsession a step further.