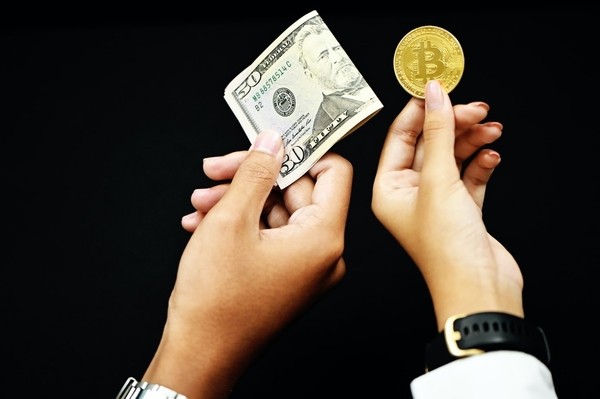 The cryptocurrency markets have seen exponential growth in the past few years, with thousands of new altcoins and tokens being released. While some have become household names and others have faded into obscurity, the industry remains a vibrant space.

In this article, we will briefly explain what cryptocurrencies are and how they work. Then we’ll move on to discuss the factors that drive their value.

Supply is one of the most important factors determining cryptocurrency value. When a cryptocurrency has a limited supply, and that supply isn’t readily available to users yet, it automatically gives the currency value because users can’t get their hands on as much of it. For example, Bitcoin will only ever have 21 million coins in circulation, it has been mined slowly over time since its inception and so is not readily available on many exchanges, and each coin is divisible into 100 million units. Therefore Bitcoin retains its value — even when large amounts are moved or sold. This also leads us to scarcity. If a cryptocurrency has a finite supply, but there is no limit on how much can be created (like Monero), then the currency will lose its scarcity and therefore lose value.

Demand is one of the most important determining factors for the value of a cryptocurrency. Early investors in any given cryptocurrency tend to be the ones who created it, and if they’re lucky, their initial investment will snowball from there. Demand can be created through word of mouth, viral marketing, or even social media, for that matter. Demand can be measured by the number of investors and how much they are willing to pay for the particular cryptocurrency; basically, how high an investor is willing to bid for it. The number of merchants that accept the particular cryptocurrency as a payment method influences its demand, too; if more merchants accept it, the greater its demand (and vice versa).

When you’re examining the potential value of a cryptocurrency, one of the key factors to consider is its acceptability. Acceptability refers to the extent to which a cryptocurrency is accepted as payment. The more acceptance a given cryptocurrency enjoys, the more demand there will be for it. The greater the demand, the higher its price relative to other cryptocurrencies competing with it. So, it makes sense that a cryptocurrency that is widely accepted and used around the world would be worth substantially more than one that is limited to certain countries or regions.

Trustworthiness is measured by three factors: security, the ability to be audited, and transparency. Security is provided when the blockchain network’s underlying programming ensures that the data on the shared ledger cannot be altered. The second factor, the ability to be audited, refers to how easily auditors can confirm whether a transaction occurred as it should have and whether it was recorded in the right place. The third factor, transparency, refers to how easy it is for anyone to view transactions on a public blockchain record.

The law of supply and demand offers one of the simplest explanations as to why some cryptocurrencies have gone up in value over time. When there is increased demand for a particular cryptocurrency, its price increases. The reason for this is simple: people are willing to pay more for an asset if it’s perceived as having a high intrinsic value. But what determines that value? Why does one cryptocurrency cost more than another?

Scarcity is one of the main factors that make a cryptocurrency valuable. Cryptocurrencies are designed to be scarce, much like gold or diamonds, which means they should become more valuable over time if their market cap doesn’t increase at the same rate as their demand. Most cryptocurrencies have a finite supply (a hard-coded maximum amount that can ever exist). This is unlike fiat currency, like USD or EURO, which can be printed endlessly by central banks. If you believe in the value proposition of a particular cryptocurrency and its technology platform (people using it to transact), then you might also conclude that buying and holding these coins will result in higher returns due to their inherent scarcity when compared with fiat currency.

When you buy a cryptocurrency, you don’t buy it. You buy the right to use it. But where do you store it? Since the world of blockchain is so new, there are only a limited number of offshore storage facilities available for crypto-owners to store their coins in. This limited supply combined with high demand means that these facilities can charge high fees for their services.

For example, CoinSafe charges $3 per transaction plus a fee of 0.0005 bitcoins per kilobyte of data processed. The BitGo Trust Company charges a 0.75% set up fee + a $100 monthly storage fee + a $10 monthly transaction fee + a 1% withdrawal fee. So basically, the more popular and successful cryptocurrencies become, the more money these storage facilities will rake in from fees alone! Besides fees paid to cryptocurrency storage providers, you’ll also hear about miners and stakeholders being paid for securing transactions on your coin’s network. And this may be particularly important in terms of determining how much your cryptocurrency is worth over time because those miners and stakeholders need incentives to keep working hard at mining blocks and validating transactions.

The potential for a cryptocurrency to grow in value centers around these factors. Cryptocurrency prices are largely determined by a market-based approach, much like stocks or commodities. The more people that buy a cryptocurrency, the higher its value will be. Conversely, if fewer people are interested in buying a given currency, its price will drop.