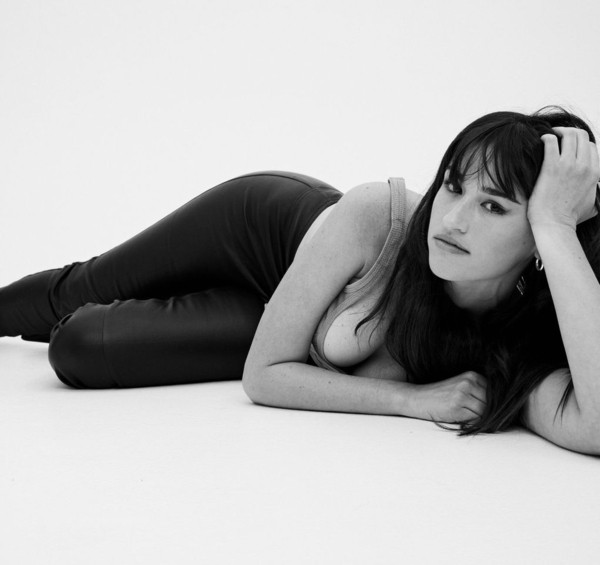 “We are beyond stoked to be releasing our debut EP Coma Hole. We’ve diligently worked on carving our own sound over the past three years, attempting to traverse through upbeat grooves, aggressive high-energy riffage, and incorporate some droning, heavily hypnotic melodies. The album focuses on the existential struggle of self worth, identity, and mortality, which is all woven tightly together through natural archetypes in the lyrical wordplay as well as the cover art. As only two people, we are a small band trying to craft a big sound and aspire to blend our dynamic and style seamlessly with our lyrical themes. Steve and I hope this collection of recordings hits every mark on the musical spectrum and is as enjoyable to listen to for others as it was for us to create it.”

The wistful new single was written mostly on his front porch during golden hour while soaking the rays into his fried nervous system in the aftermath of a toxic relationship and its subsequent dissolution. There is a cognitive dissonance between the buoyant mood of the music and the slightly caustic lyrics, but there’s a feeling of resolve – even that of a peace offering. A nod to reincarnation, as well as the tendency to repeat cycles, relationships, mistakes, until a lesson is learned.

Mark Stein, the Voice of Vanilla Fudge, Releases Video and Single Asking Everyone to “Pray for Peace.”

The formation of Vanilla Fudge with Carmine Appice, Tim Bogert, and Vince Martell, allowed Mark Stein to first come into prominence. In addition to his many years within Vanilla Fudge, Stein has also worked extensively with such rock legends as Alice Cooper, Dave Mason, and the late guitarist Tommy Bolin. He has also made guest appearances with Deep Purple, Carl Palmer, and Steve Miller. He once sang and recorded with Michael Jackson. Stein has recently released a new collection of songs through Deko Entertainment about hope, unity, concern, and redemption titled There’s a Light.

Frantic Aggressive Metal reflecting the outcry of the Iranian youth, Padra’s Farsi lyrics are a callback to the original essence of Thrash Metal.

Padra Vocalist/Guitarist Ramtin Dashti had this to say about “Jabr”, their latest creative effort:

‘The literal meaning of the word Jabr is “Algebra”, but in Persian culture as well as the Persian language it’s the antonym of “Free Will” and is considered to be a power above “Free Will” and ultimately used to control mankind. The Jabr that we have to contend with in Iran our whole lives is the sheer domination of retrogressive and traditional ideals in favor of the young generation’s progressive ideals. We tried to convey this concept in our artwork and in the song we aimed to blend aggressive melodic music with Persian lyrics and remind our fans of our old style of songwriting.’

Trapland Pat Does His Broward County Boogie in “Trap Dance”

A.M. Boys Share “Traveler” Single + Video via Under the Radar

The A.M. Boys video for “Traveler” was filmed and directed by NYC motion designer David-Lee Fiddler, incorporating live-in-studio footage shot by Doug Young. A deeply collaborative effort between Fiddler and the duo, the video creates a vibrant and original world of sound and color. In addition, to live footage, Fiddler animated still photos by A.M. Boy John Blonde, used in creating the Distance Decay album art.

Her playful follow-up single, “Five-Year Plan,” is inspired by the often toxic 9-to-5 work culture and looking at it through a critical lens.

“Not to be facetious, but when I was writing this song, I felt pop-ish and playful with it in a ‘fuck capitalism’ and ‘fuck the corporate machine’ kind of way,” explains Nucum. “It’s a mix of being nonchalant but still very much annoyed with capitalist-hierarchical-bureaucratic bullshit.”

LA’s Mexican-American artist Joel Jerome will release his new Super Flower Blood Moon LP on May 13 via Dangerbird Records with inspiration spanning Mexican pop music to the timeless melodies of the Beach Boys. On new single “Nobody Like You,” out today, his earnest vocals shine as he meditates on the intrinsic human ego and letting go of those who flaunt an inflated self-perception.

SCARLATA Stream Entirety of Power Through

Skate punk metal act SCARLATA are streaming the entirety of their new album POWER THROUGH in advance of it’s release this Friday April 22nd.

“The time is here to share the Power Through album and I cannot be more happy that it is now available for the music world to hear!”

Country rapper Justin Champagne, the viral sensation who makes genre-bending music rooted in the sounds, stories and swampy swagger of his home turf of South Louisiana, kicked off a stint of tour dates with superstar Snoop Dogg with a sold-out show at Denny Sanford Premier Center in Sioux Falls, SD last night. The crowd of 10,000+ was treated to a half hour high-energy electric performance from Champagne who opened his set with “BackRoads” and closed with “When I Pull Up” and literal fireworks. Concert goers of all ages embraced him as if they knew him for decades and gave him hugs and high-fives as if he was a star athlete from their favorite sports team on the way to the meet and greet. It’s safe to say, he earned a ton of new fans in this first show of the tour and the seal of approval from Snoop Dogg himself.

Austin Texas metal band A GOOD ROGERING are streaming the entirety of their upcoming album Systematic Paralysis via Metalsucks. The album is set to be released this Friday, April 22nd.

The single “Leave Me Alone” was recorded in End of Light Studios, Mullingar, Ireland & mixed at Miloco, London and mastered by Jerome Schmitt at The Airlab. “Leave Me Alone” is a track taken from the band’s album “Transformation” due for release on May 20th, 2022 via Epictronic.

With “Here For You” turned loose into the world, we are now concentrating our efforts on a new EP for this year, as yet unnamed, all new songs and new directions. We also have a big summer concert planned for August 6th, so keep an eye on our schedule and come see us!