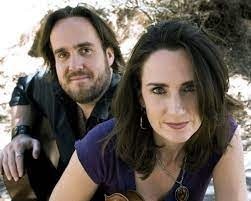 With exotic melodicism leading the way, “Autumn Leaves” begins to fill our speakers with the type of buoyant string play that precludes the most intimate of songs, but if you’re under the impression that this is the greatest show of strength Bettman & Halpin are capable of delivering in the new album Timeless, you’re in for quite a surprise this April. Punctuated with the most ethereal lead vocal I’ve heard in a cover of this song in a long time, “Autumn Leaves” is a good sampler track for what you can expect to hear out of the bulk of Timeless, and I would even suggest that it encapsulates the mood of the entire record inside of its four-minute running time.

The cover selections featured in Timeless, of which there are no less than eleven out of the fourteen compositions in the tracklist, showcase a variety of different attributes that Bettman & Halpin bring to the table with them. While the setting limits the reverence of the casting harmonies in “Moon River,” “Accentuate the Positive,” “Blue Skies,” and “Miss Otis Regrets,” we’re never listening to a piece that has been produced halfway. Contrarily, there’s a fullness to every track here, embodying something – either vocal charms, rhythm prowess or even string indulgence – that gets us a little closer to the identity of the act as they stand in or outside of the recording studio. They set out with an ambitious task at hand, but this shows us a duo that was up for the challenge for sure.

Where we do find indulgence in Timeless is in the original content; “When We’re Together,” “What a Lovely Day,” and “How Did You Get in My Heart” couple simplistic song concepts with much more elaborate melodic trappings to throw our ears for a thrill ride of a loop. There’s not a lot of unutilized tension in the mix, and when there is some pressure coming between instrumentation and vocal (i.e. “Summertime” or “It’s Only a Paper Moon”), it’s necessary for us to appreciate the narrative that Bettman & Halpin are trying to develop both with and without lyrics. This might be a record filled with cover songs, but those anticipating reworked versions of the same old content will need to brace themselves for what this LP really is made of.

Bettman & Halpin make an instant classic out of Timeless this season, and while I will need to hear more to understand what their overall premise as an act is, this has given me a pretty good indication as to what I should be expecting from these two in the future. There are no wrong ways to make a folk record, but to implement as much jazz and vocal pop influence into this piece took a lot of guts and thought, and it’s obvious to me that Bettman & Halpin were the right players for the task. This will be a high point in their career together for some time to come, and I don’t think I’ll be the only one to say so.