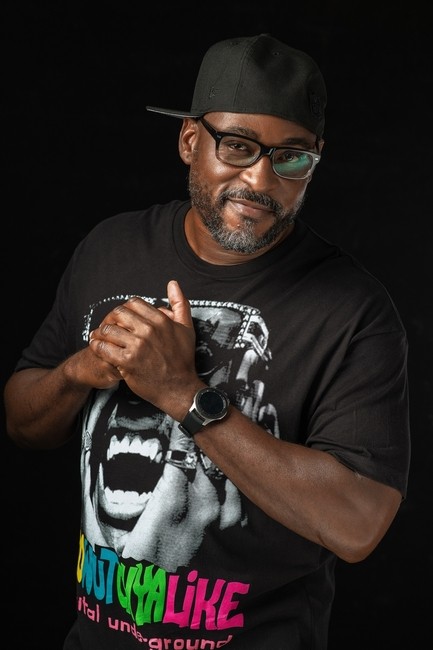 Perspective is something that can’t be taught. Either you have it, or you don’t. And if you do have it, chances are it’s because you’ve been around for a while. You’re a witness to history – one who has kept their eyes open through some dark times. Younger MCs, even conscious ones, can read about social movements and write second-hand accounts of what they’ve learned. But if you want the story from someone who knows what he’s talking about, you need to turn to a veteran. You need Jimmy Mack.

The Florida-raised, California-based rapper is no newcomer. Jimmy Mack has been spitting fiery verses for decades, and although he’s stepped out of the spotlight from time to time to handle the business of life, he’s kept his skills razor-sharp, and he’s cultivated a keen awareness of the dynamics of the world around him. Since 2018, he’s been back at it hard, refining his distinctive brand of hip-hop and pushing himself to integrate new sounds, new flows, and new approaches into his timeless style. My Own Lane, his upcoming full-length, is a state-of-the-art modern hip-hop album. It’s lean, smart, and hungry, and it sounds contemporary and fresh. After listening to the lyrics, you’ll know that the man at the microphone has attained wisdom that only comes after a lifetime in the struggle.

Consider the single “Walk The Line,” an anthemic track that doubles as a history of the civil rights movement. With the storytelling confidence that lived experience provides, Jimmy Mack takes us through it: an emotional first verse that pays respects to the martyrs of the 1960s, a stinging second stanza that confronts the legacy of the Rodney King beating and its troubling aftermath, and a thunderous conclusion that name-checks the many recent victims of state violence. Effortlessly, the rapper connects the dots, drawing causal links between acts of sacrifice and consciousness-raising, police overreach and paranoia, prejudice and injustice. All of this is captured in pithy, pared-down, muscular rap couplets, delivered without a wasted syllable or gesture.

Video directors Manny Brea and Jonathan Betancourt match the lean, direct, forceful music with shots that underscore the song’s urgency and immediacy. We’re shown footage of the Capitol, street protests and political actions, redacted ledgers, and vintage black and white images of civil rights leaders. Then there are the images that we know all too well: Los Angeles neighborhoods on fire, George Floyd under the knee of an uncaring policeman, surveillance helicopters scouring the city streets with searchlights. Jimmy Mack appears in handcuffs on the wrong side of an interrogator’s desk in a police station. He’s bruised and battered, but he knows he’s got the truth on his side – and he never stops speaking out.