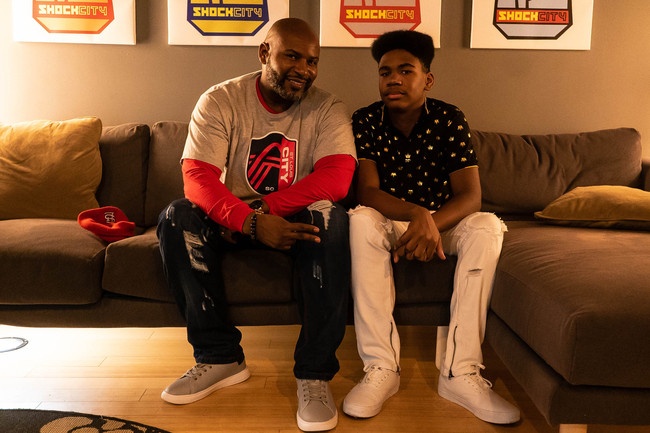 Nothing short of exceptional and inspirational talent, Angelo B. delivers love and motivation through each of his R&B originals. After years of creating and experimenting in St. Louis, Missouri, he’s ready to take his music to the next level in the industry and share his tracks with the world. Angelo B.’s upcoming album, I.S.H. (released April 15, 2022), will be his first big step in broadening his audience and spreading his spirituality through relatable topics and real-world experiences. The songs’ themes exemplify the acronym “Inner Self Healing.” With “FAITH I.S.H.” and “LOVE I.S.H.” – which cover some of Angelo B.’s life experiences growing up in the foster care system until age 21 – he’s given listeners a glimpse of what’s in store. I.S.H. and its components also provide an opportunity for Angelo B. to give back, with certain proceeds donated to the foster care system and suicide prevention in schools. His latest release, “HOPE I.S.H.,” featuring Zeus Rebel Waters, will go on to touch and reach audiences across barriers, backgrounds, musical preferences, and world occurrences.

Angelo B. wrote the uplifting lyrics for “HOPE I.S.H.” during a major crossroads. In a state of vulnerability, while reflecting on how nothing should be taken for granted, he bottled up his emotions and captured the faith that helped him find his way again. The song holds this encouraging message with the desire to have it spread to audiences near and far. It carries reassurance that hope, time, and determination will get you through anything. “HOPE I.S.H.” is Angelo B.’s first collaborative single, and it also inspired many other features on his album. Zeus Rebel Waters’ edge and dynamic electric guitar playing artfully contrasts Angelo B.’s smooth, powerful vocals and earnest lyrics. Together, they’re a match made in heaven. “HOPE I.S.H.” has boundless listenability as a community album meant to stimulate organic growth and inner self-healing for people everywhere.

Taking great pride as a husband, father, and friend, Angelo B. prioritized including his family and close members of his community in his visual. It all starts with him giving his daughter a pep talk to get her hyped before her softball game. In between shots of the teams battling it out for the win, Angelo B. and Zeus Rebel Waters give a passionate, captivating performance from their hearts to all the souls it meets. Fully embracing the sport and his St. Louis roots, Angelo B. reps the Cardinals with his cap and Ozzie Smith jersey. Meanwhile, Zeus Rebel Waters rocks a “HOPE I.S.H.” T-shirt, supporting its essence and the new, remarkable two-person team behind it. The final product is a wholesome compilation of Angelo B.’s nucleus of ambition and growing legacy destined for attention.