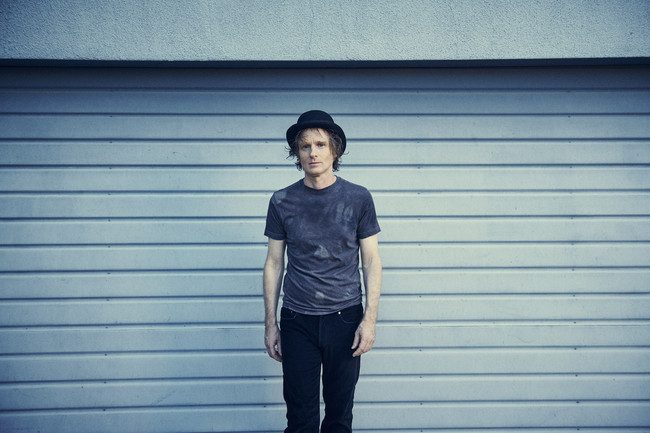 Looking for a new rabbit-hole to dive down? Try hanging out with the visionary, metamorphic spirit of Ethan Gold for a song or a season. The San Francisco-bred, Los Angeles-based global-citizen indie singer/songwriter/director/dharma-dream-scaper has probably experienced some level of heartbreak, joy, contemplation, or angst that you can relate to. And where many of us kick, scream, love, and stuff things down, Mr. Gold turns them into transformative artful expressions. Through personal loss, physical trauma, and both literally and metaphorically toxic living situations (see his Pitchfork and London Times touted, self-produced debut album Songs from a Toxic Apartment) he’s opened his heart through music, and transformed pain into perception.

Right now, Mr. Gold is launching his return to live performances, with solo shows through northern Europe centered around a trilogy of LPs that explore the experience of being a 21st century earthling. The singles featured below come from the first installment, Earth City 1: The Longing.

Rattling and strutting through “Firefly,” Gold has the perspective of a compassionate spectator to modern beauty standards and the culture built around them. Using his Zenmaster-knack for playing concept against concrete, he dresses the contradictory struggles for authenticity and attention by accenting buzzy rhythmic foundations with drawling lead lines and a meandering Spanish guitar solo. Musically and lyrically, it’s the whole scene of fall-in-line, be original, rationalize, cry—shoot for the stars and end up just another firefly. It might’ve been true at one point that a fall at a Brooklyn warehouse party once left Ethan Gold unable to communicate, but that’s certainly not the case now.

New York video director BriAnna Olson accentuates Gold’s message with a collage of macro and micro experiences within beauty culture. Grainy and dreamlike, we walk with women and girls of all ages as they experiment their way through pageants, magazines, and make-up counters. The lyric video is a dynamic meditation allowing us ample space to contemplate a subtle, problematic symptom of our evolving modern times.

Gold’s next release, “Storm Coming,” is a moody, dreamlike song that anticipates a future that may be either one of romance or of regret. Dedicated to Gold’s friend and manager the late Irish musician Joe Cassidy, the cascading guitar and Gaelic snares steer us through stages of grief—not only for Gold’s friend but for the fate of our ailing planet. Eventually, the somber denial and sadness give way to distorted guitars shouting anger and reverent martial melodies straining for acceptance. Gold’s understated lyrics balance the natural imagery with self-reflective spiritual inquiry.

Video director Paul Khera, who was photographer and artist for Suede and other Brit Pop bands, chose to heighten the environmental message in the lyric video. His sequence of stately monochrome encounters between the natural and manmade worlds captures the futility of discussions about the global climate, by presenting impactful data points that disappear within seconds, making them unintelligible, like ignored warnings in the midst of the storm of imagery and song. Ultimately we’re left to contemplate Gold’s mournful, final question: “Why did you wait so long?”