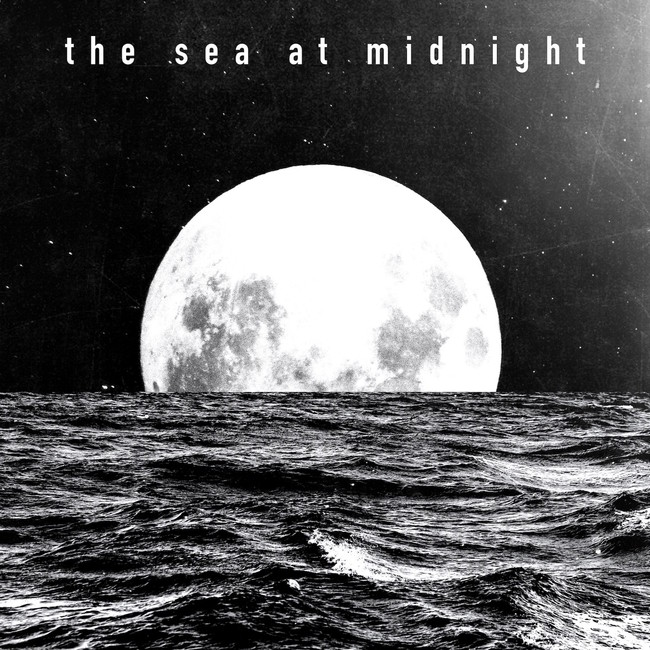 It’s been a few years since The Sea At Midnight released something new and after hearing their recently released EP ‘Oceans’, it’s most definitely been worth the wait. With the help of producer Chris King and drum programmer Brandon Pierce, Vince Grant is the man behind the sound of this colourful EP. Coming off the back of their debut self-titled album, ‘Oceans’ stays true to Vince Grant’s magical use of metaphors and post-punk roots that made ‘The Sea At Midnight’ such an astounding album.

The title track ‘Oceans’ kicks off the EP with a soundscape oozing with optimism. It’s unapologetic, bold and beautifully hopeful. With drums rooted in rock and an energetic guitar riff to match, there’s a strong current propelling this track forward. Swimming through the tide are soft synths that provide a satisfying richness to the sonic landscape. ‘Afraid Of The Waves’ shows off the power of Vince Grant’s performance. It’s clear that Vince is sharing his truth on this track and he does so with captivating confidence. His tone is beautifully balanced, swaying between tender refrains and strong choruses. ‘Atmosphere’ is an absolute stand out for me on this EP. The moodiness of the harsh bass mixed with the force of Brandon Pierce’s drums creates a completely consumptive dark ambience. Vince Grant’s vocals cut through the deeper sounds with all the drama you’d crave from a post-punk anthem. The climax of the chorus is by far the best bit and, perhaps, one of my favourites from the whole EP. Chris King’s production allows for the most seamless of transitions in and out of this wave of sound. Distorted guitar chords, slapping cymbals and a gut-punching bass line. It’s utterly delicious. ‘I Can’t Wait’ concludes the EP with the same hopeful atmosphere that charmed us in the first track. There’s still the fiery feel from the track before, as the fast-paced drum line and energetic bassline make this track totally headbang-able. Personally, the throwback synth melodies that are sewn into the chorus are complete ear candy. ‘Oceans’ is an awesome release from The Sea At Midnight and is an intriguing evolution of their atmospheric sound. After cranking up the volume for each track (as it deserves to be played), it just makes me want to see The Sea At Midnight live all the more.

Listen to ‘Oceans’ on SPOTIFY | BANDCAMP