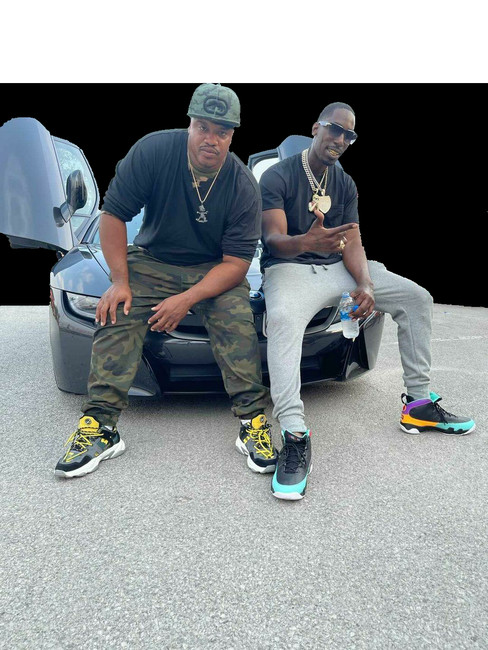 Producer Spyder Raw, born Marcel Simmons, has had music running through his veins for as long as he can remember. Based in the Windy City, he established Raw Dogg Raw Music to scout and cultivate talent that embodies the real hustle of the hip-hop scene. From rapper to CEO, Producer Spyder Raw, brought with him the vision of remaining independent while still working with a major record label for worldwide distribution. From there, Raw Dogg Raw Music hit a winning streak securing awards for “2010 Best New Artist” at the Chicago Hip Hop Awards and “2010 Best New Mix Tape” at Chicago’s annual Rapper’s Ball. After nearly 17 years in the industry, Raw Dogg Raw Music is ready to break out new talent like Country Goldd and 071 Pierre to represent the next generation of artists from Chicago.

From coworkers to collaboration partners, Producer Spyder Raw and Country Goldd have come a long way from time spent in the office break room. In their latest hit, “Pass Me Another Drink,” the duo celebrate their victorious rise to making their dreams a reality. Sit back, relax with friends, and pour up a drink to this dance party anthem that is sure to set the right mood for any gathering. The music video has Producer Spyder Raw stepping up the mic to lay down some heavy bars that set the groundwork for Country Goldd’s bold lyricism to shine. The bass bumping beat and electronic textures will have you hitting the dancefloor with a drink in hand, ready to say cheers to the good life.