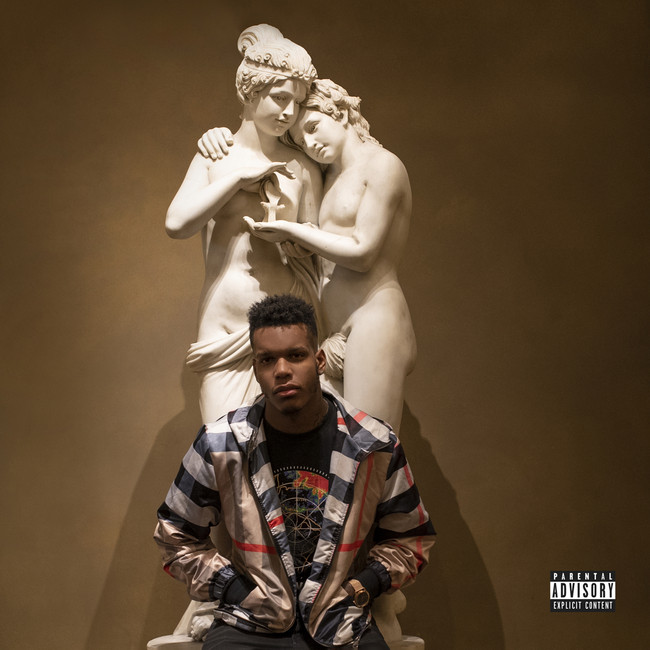 We could tell you Bruce Lii is from Pittsburgh, and that wouldn’t be misleading at all — not only was he raised in the Steel City, he specializes in the kind of hard-hitting, witty, lyrics-intensive rap that his hometown is famous for. But really, Bruce Lii is from everywhere. When he isn’t delivering stinging hip-hop verses, he’s in a long-haul truck, shipping cargo across the country. The highway is Bruce Lii’s home, and the hard miles from the Atlantic shores to the Pacific cities have been both an inspiration and a proving ground for him. Stamina, resourcefulness, determination, the ability to improvise: he’s honed and applied all of the qualities needed to be a truck driver to his ferocious rhyming.

He’s also picked up skills from underground rap scenes all over North America. Bruce Lii is an avid listener as well as a fearsome practitioner — he’s a student of the game, steeped in the history of hip-hop, and aligned with the masters of the form. “OUTTA TOWN,” his latest single, sounds contemporary, but at heart, it’s a roaring old-school jam, tough and muscular, and studded with clever turns of phrase. And just to let you know he’s serious about carrying on tradition, he drops overt and implicit references to P. Diddy, Big Pun, Notorious B.I.G., and other legends into the lyrics.

But as smart and colorful as the words are, the main attraction here is the voice. Bruce Lii’s instrument communicates authority, confidence, precision, and pure power. When he’s rapping, he’s one with the beat — he makes every syllable count, every put-down sting, and every rhyme reverberate. On “OUTTA TOWN,” he’s matched his verses to an audacious beat, complete with slamming drums, ambient scene-setting synthesizers, and a thick, grimy, relentless bassline that mirrors and underscores the rapper’s tenacity.

A long-haul, eighteen-wheel trucker (and excellent emcee) is free to set his music video in any American city he chooses. He’s seen them all, and he’s picked one as flashy, as success-driven, as opulent, and as electrifying as he is: Las Vegas. Director Jordan Beckham shoots the rapper and his girl under the lights of the Strip, where he’s right at home. In one sequence, Beckham takes us to the casino floor, where he shakes up the dice at a craps table. Does he throw a seven? Is there any other possibility?