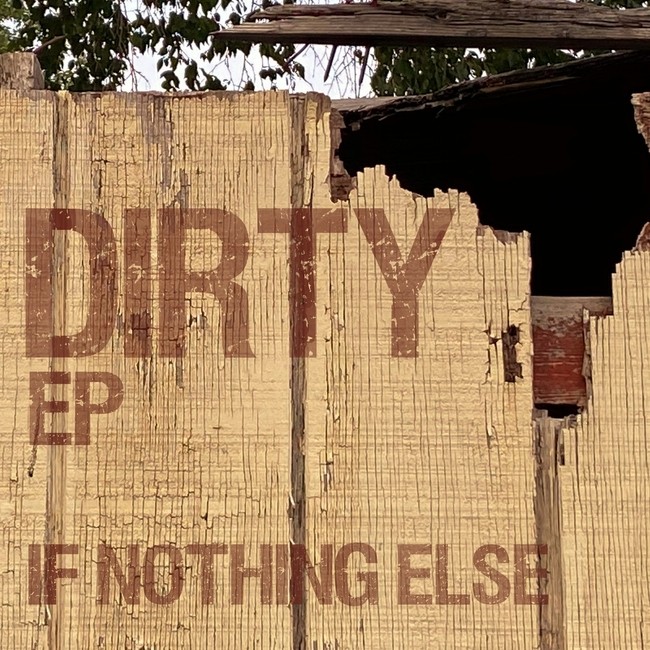 If Nothing Else boast a pretty heavy brand of ‘Northern Rock’. Yep, that genre was new to me too until I came across the four-pieces effortless fusion of country, roots rock and outlaw. Hailing from central Minnesota, If Nothing Else has an impressive string of albums behind them, yet their latest release ‘Dirty’ takes them to a whole new level. The heavy emphasis on the ‘outlaw’ vibe of their sound is sensational and is a striking evolution of the country-centred sound of their previous releases. If Nothing Else claim to make music with the sole aim to “get you to crack a beer, nod your head and get a ‘yep’ out of you” — and from the sounds of the latest EP ‘Dirty,’ they’re getting the job done.

‘Dirty’ kicks off with an overwhelming outlaw atmosphere. Already, If Nothing Else had me nodding along. Drummer Justin Willard’s is a sonic staple in this one as his dynamic drum line punches through your headphones with utter power and precision. Up next is ‘Whiskey Smiter’, and despite being released earlier this year as a single, Dan “Boone” Skoog’s slick electric guitar solos never get old. In each of the five tracks that make up ‘Dirty’, his effortlessly intricate solos swim through the sonic landscapes and add a real flair to If Nothing Else’s sound. The title track ‘Dirty’ is perhaps one of the coolest tracks I’ve come across in a while. Mixing a banjo and rock guitars is a bold move, but boy, does it sound good. Nick Willard performs the powerful lyrics with captivating country charm. In fact, his suave singing style makes the hook pretty epic. It’s impossible to not sing along when the hook cuts through the rock roots of this track. ‘That’s Where I Belong’ nods its hat to that classic country soundscape we know and love. Yet, in true If Nothing Else fashion, they sway slightly into the rockier realms, making a dynamic backing for Dan “Boone” Skoog’s smooth vocal tone to sail over. ‘Dirty’ is concluded with the darker track ‘Sweet Baby Gang: The Anthem’. Presumably, this was a submission for Matt Walsh’s Sweet Baby Gang song contest. Whether that’s your thing or not, this track lets the rock roots of If Nothing Else reign. It’s the unique blend of flavours that makes ‘Dirty’ such an epic EP and it’s safe to say If Nothing Else will get a ‘yep’ out of you yet.

Listen to ‘Dirty’ on SPOTIFY NOW