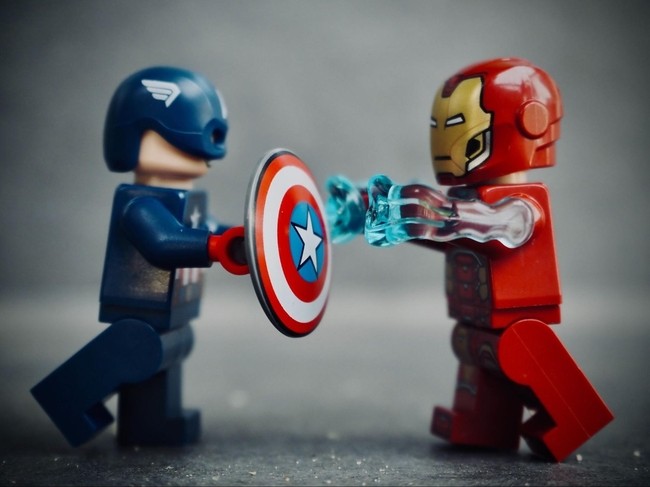 Marvel Comics is said to have a library of at least 8,000 characters; however, this is just a fraction of the total number of characters in the Marvel Universe. Only a tiny percentage of them have been seen on the big and small screens; thus, many people in the general public have no idea what the Marvel brand encompasses.

Many Marvel characters have been on the big screen, but the overwhelming majority of Marvel’s most powerful characters have yet to be seen in action. Some say it’s Captain Marvel, and some say it’s Captain America; comparing the two among other Marvel heroes is an excellent discussion for Marvel fans. But while we wait for the directors of Marvel to reveal each and every one of them, let’s first give our focus to those heroes who already showed themselves on the big screen and figure out who is the strongest among them all, beginning with the fifth-strongest character down to the most dominating and powerful one.

Intelligence is the source of all Tony Stark’s abilities. He developed the original Iron Man costume in a cave in Afghanistan while being held hostage by a terrorist organization. It wasn’t until the following years that Iron Man technology was repeatedly rebuilt and upgraded, culminating in creating a very durable suit with devastating weaponry.

As part of Project Rebirth, Steve Rogers was injected with the super-soldier serum after World War II. His excellent physical shape made Rogers indestructible and fitter than any other human being. His senses are sharper, and he heals himself at a breakneck pace.

Vibranium is Captain America’s shield material of choice, but he’s shown us he can handle any weapon he touches, even Thor’s hammer, Mjolnir. According to Thor, anybody else’s body and mind would collapse at the same time if they attempted to lift it.

Not all members of the Asgardian royal family are, in and of themselves, gods, but they are the closest you can come. Only his father and elder sister (both deceased) would be able to match Thor’s might. He’s not immortal, but he’s almost indestructible, given that he was able to withstand the entire power of a supernova and emerge unscathed.

Thor is most powerful when he uses an enchanted, faithful weapon fashioned on Nidavellir, like the hammer Mjolnir or the ax Stormbreaker. In addition, being the God of Thunder, he can conjure and harness pure lightning as well.

Although Carol Danvers was born on Earth, the Tesseract, which held the Space Stone, infused her with its power. She had incredible physical prowess, speed, and agility, and she could fly. Her fists are photon blasters of enormous strength.

Additionally, Yon-blood Rogg’s injections transformed her into a Kree-human hybrid. The Kree have a built-in advantage over humans in terms of strength and durability. Captain Marvel’s training in warfare comes from her experience in the Kree Starforce.

Hydra experimented on Wanda Maximoff and her brother, who consented to their participation. Researchers subjected them to the Scepter, which contained the Mind Stone, and they arose with extraordinary abilities. Among Wanda’s newfound powers are telekinesis, telepathy, and the ability to manipulate energy.

She can fly, produce force fields, manipulate enormous objects, and release hazardous energy blasts using psionics. In addition, she can penetrate the brains of her adversaries, plant authentic images, and manipulate their minds. We learned in “WandaVision” that Wanda is a born witch with a natural supply of power. Mind Stone “amplified what else would’ve perished,” says Agatha Harkness, an old witch.

When Wanda became the Scarlet Witch, she could use Chaos Magic on a seemingly infinite scale, even manipulating the very fabric of reality.