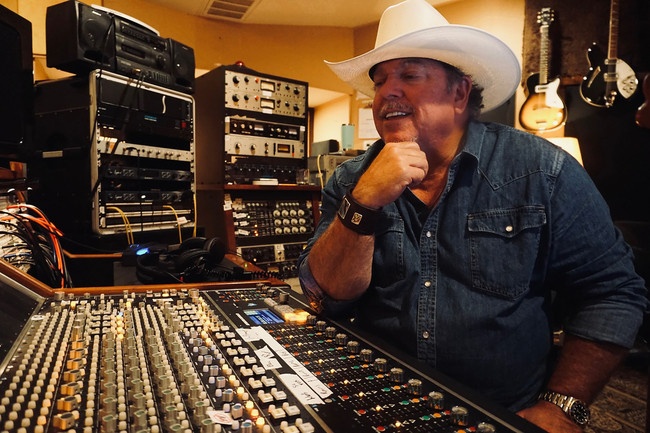 There comes a time when a struggling artist must choose between taking a chance on a dream or settling down to meet the harsh demands of life. In his mid-thirties, Jim Waneka made the tough decision to abandon his guitar and musical talent as he focused on raising a family. However, when a dream burns so bright, it can often forge a new path that one may not have expected. Two years ago, a guiding spirit brought him back to his roots, and this time, he was certain the world needed to hear him sing. Compared to the likes of a young Johnny Cash, Jim Waneka’s booming rustic voice sits at the crossroads of Americana classics and country. His songs are timeless and speak to the stretches of spiritual experiences and the journey of life.

With a heartfelt acoustic guitar opening transitioning to the classic twang of a country tune, “Two Angels” is uplifting and pure at its core. The music video weaves a beautiful story, following a lonely man carrying a guitar wandering the streets of Hollywood. One fateful night, he comes across two other musicians who seem like angels sent from God. The three quickly become friends and band together to create music; the video is intercut with shots of a live performance by Jim Waneka in The Viper Room on the Sunset Strip. His golden voice glimmers in the song with cascading supporting vocals from his background singers. By the end of the video, we’re left to wonder if the lonely man was perhaps a young Jim Waneka, and his two angels are the members of his band.