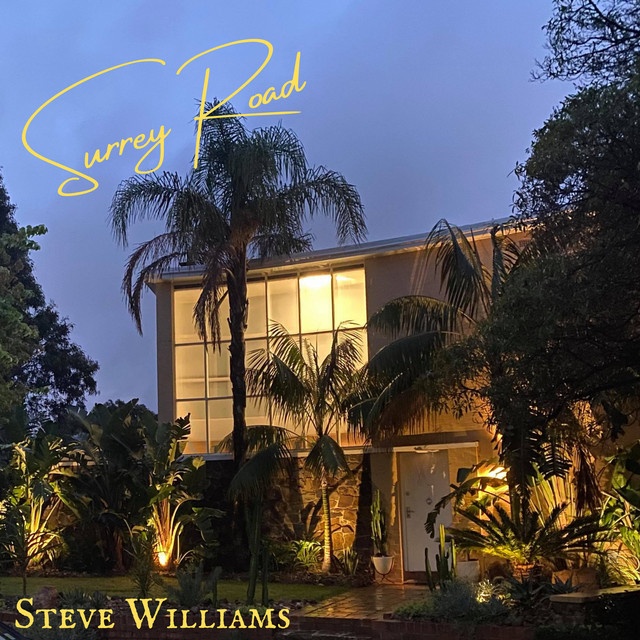 The first song that really strikes you on Steve Williams’ Surrey Road is called “Colours.” It begins by asking why we can’t have simple conversations anymore. It’s sung honestly and stream of consciously, like a – well – simple conversation. Although this is not an all-political topic album, this one song, nevertheless, will grab your attention. It’s a sad question because civil discourse in this current age seems to be becoming a thing of the past. Steve Williams is from Australia, but his query is a universal one. It’s one of nine excellent songs on the album.

Williams has said Surrey Road is the culmination of over 20 years of songwriting, which originated from his concept of inviting different singers record his songs. Williams played all the instruments, except for a few guest appearances. He also produced, mixed and engineered it at his studio. The album’s title cut speaks to Williams being the king of Surrey Road, which is a little like being no king at all. Then again, whereas most of us may not rule large kingdoms, we nevertheless, as best we can, rule the small spaces where we exist. Maybe it’s a street in your town, or at the very least, governing your home.

The album closes with the sound of storms and/or waves, with acoustic piano about the only instrument on it before guitar comes in. Its vocal is handled by both a male and female vocalist. Lyrically, it’s a wise way to end an album. It is reflective, as its protagonist attempts to make sense of his life and place in the world. The album’s eight preceding songs talk about a lot of different issues, whereas the concluding track suggests that, as much as we may think we know about life, we likely don’t know all that much, after all. It includes the chorus of, “Forgive me/For misreading.” Yes, it takes an honest and wise person to admit he/she may have misread people and situations, indeed.

One titled “Addiction” opens the album on a funky musical note. Addiction is, sadly, a consistent issue in our world. It’s unclear if Williams has fought through some kind of addiction. However, these lyrics suggest he at least knows what he’s talking about. “Addiction” is followed by something much lighter, titled “When I See You Dancing.” It, too, is a funky one. However, it is dance music, intended to make the listener dance. Dance, that old as time mating ritual, has someone under its spell. Neil Young once sang, “When you dance/I can really love.” The character in this song sounds to be just as romantically moved by another’s physicality.

While “What You Said” also has a dance groove, it’s softer, with an acoustic guitar rhythm. This song’s highlight, though, is Williams Carlos Santana-esque electric guitar solo. It reveals a different side of Williams’ musical personality. Then there’s “Z Grade Johnny,” which is as much bluesy, as it is funky. Williams has many inviting musical sides, it turns out.

Steve Williams may only be the king of Surrey Road, but the tiny kingdom contained on his Surrey Road album is, indeed, quite a mighty fine kingdom.