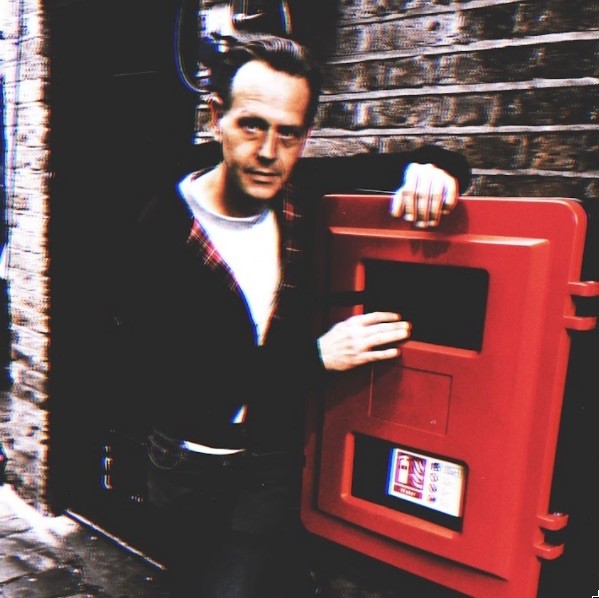 Everybody knows someone who has slipped away. Maybe it’s a romantic liaison that went sour, a missed connection or great could-have-been, or a friendship in which the partners have drifted apart. And it’s always tempting to think that those estrangements could be repaired — if you could overcome your shyness and figure out the right thing to say. Michael S. Baker knows all about it. “These Things,” his debut single as Hasten Mercy, is a letter-perfect expression of the longing, desire, ambivalence, and regret that accompanies the end of a relationship, or even the lonely twilight of a relationship that never was.

It takes a master soundscaper to channel and communicate such a complicated emotion. But Baker has a long history of finding evocative sonic elements. He’s done it with the uncompromising Head Fake, his visionary rock band, and now he’s done it with the introspective Hasten Mercy. “These Things” is a textural showcase: there’s a bass synthesizer throb, a high, twinkly piano, and midrange tones that morph and twist in time with the narrator’s aspirations and insecurities. Baker brings his main character to life with a plaintive lead vocal that’s at once perfectly descriptive and sympathetic. We feel his quiet urgency, and we understand the fears that tie his ankles together and prevent him from chasing after his object of desire. We know who this person is. He’s all of us.

“These Things” is just one of three tracks on Hasten Mercy — a brief but deep EP that testifies to Baker’s stylistic flexibility as a songwriter and performer. Muted synthpop, intimate folk-rock, energetic new wave, a bit of rough stuff: it’s all handled expertly and balanced impeccably by Baker. What unites these tracks is the songwriter’s humanity, compassion, and knack for telling stories that feel immediately recognizable.

In the moody, wistful black and white clip for “These Things,” Baker, who directed the video himself, extends and refines the song’s themes. He gives us a woman on a subway train after dark: her back is to us, and she’s riding away from the camera. Yet we can see her through the glass, and even as she recedes down the tunnels, it feels like it’s possible to reach out to her and capture her attention. It’s tantalizing, pained, pregnant with unrealized desire — and it leaves a glimmer of hope.