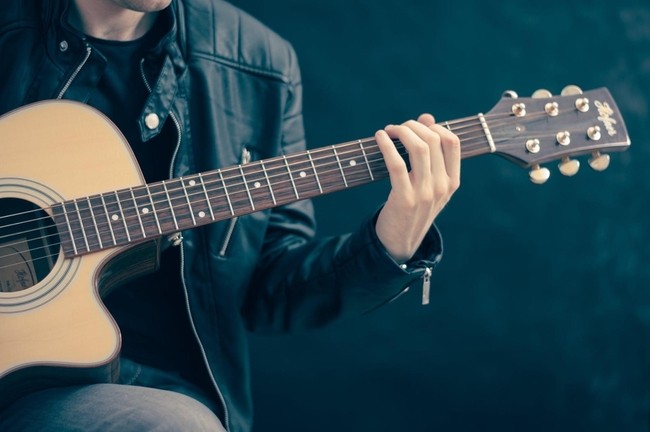 Music has played an integral part in society for centuries. We can trace music back thousands of years and find complex musical instruments. Not only is music an art form, but it is also a cathartic relief for so many people. However, many people fail to acknowledge the potential of a music career. Parents would rather streamline their children towards traditional career choices such as medicine or law rather than letting them explore their musical talents. Yet, there are still individuals that persevere through the opposition and become fantastic musicians.

This article will talk about people who are likely to make it big in the music world. We will be discussing several signs that indicate that you have what it takes to be successful in the arena of strings and drums.

If you are naturally talented and passionate about becoming the next big thing, this article is for you. Here are 6 clear signs that you are destined to become a musician.

You are always willing to learn

No musician knows it all. Even the best of the best continue to learn far into their career. Music is a highly vast discipline, one that has no end. Therefore, assuming you know it all is only going to lead to your downfall. The music industry has no place for arrogance. However, the willingness to learn always has its rewards.

There are various music centers now open in diverse states and countries to polish your talent. For instance, if you live in the Colorado area, consider taking music classes to fine–tune your abilities. If you are wondering where to take music classes in Colorado you can always do your research via Google. Consider taking lessons for a while and honing your talents before you go public. Your first impression counts, so make sure you put everything into it.

One can argue that Elvis is partially why we had a wave of revolutionary music in the ’60s. The Beatles, Led Zeppelin, and The Rolling Stones all cite the King as a major inspiration. Acknowledging the greats and learning the lessons they taught can be a sign that you will make it big. These are people who contributed to creating entire genres of music. If you can learn from them at a young age, you can further their work and add your own little twist to it.

That’s the thing about music; you work off of inspiration. You need to know where music comes from to know where it’s going. Without listening, acknowledging and learning from these legends in the music industry, you might not make a place for yourself in the music world.

You have a knack for creative writing

It is not surprising that creative writing/ storytelling and musical ability go hand in hand. A promising sign that you have some artistic ability is your talent and passion for telling stories. The more imaginative your stories are, the more diverse your musical skills are likely to be.

Parents should notice the kind of work their children are doing at school. Creativity should always be rewarded and promoted in every possible way. An ability to tell stories doesn’t always mean you will have musical talent. However, the ability to think abstractly and use your imagination is an integral part of art in general, and music is merely a sub-genre of art.

As music is so subjective, you are likely to face a lot of criticism in your career. However, you need to realize that it‘s part of the career. Working on constructive critique is the best way to grow in your field and one of the starkest signs that you might give some hits in the music industry.

Students in general who work on constructive criticism are known to do better in life and go further in their careers. One of the most prevalent themes in most musicians is that people criticized them, and they used that energy to become better

Your teachers, peers, and fans are all going to offer constructive criticism. Don’t doubt yourself. It may seem overwhelming at times but make sure you keep your chin up and put your pride behind you.

You work with what you have

A resounding theme in hundreds of famous musicians is that they made the best of what they had. A lot of them had lousy equipment, but they still made the best of it. Claiming that you don’t have good gear or sub-par instruments may not be a valid excuse sometimes. Jimi Hendrix practiced on a right–handed guitar despite being left–handed.

You need to put your heart and soul into your instrument rather than complaining about what could be. Usually, anyone’s first instrument is what gives them their launching pad. It may not be the best, but chances are you will never forget that instrument for the rest of your life.

Taking pride in your belongings is a key factor in your music career. Take a trip around any musician‘s home, and you are likely to find their first instrument preserved in some way or another.

You have long term goals

One of the most promising signs of a music career is that you look ahead and envision yourself doing only that. Your long–term goals should line up with what you want to do. Finish high school/ college, work part-time and pursue your dreams in the remaining time. You need to stay focused on the end goal while juggling things in the here and now.

If you think that musicians get lucky and make it big, you are mistaken. They work hard, strive towards success, and make good career choices. It would be best if you had the presence of mind to do so as well. Once you have your thoughts and long–term goals in order, you pretty much have a ticket to Hollywood.

Listed above were some signs that suggest you are going to make it big in the music world. If you observe these signs in yourself, it’s time to get to work and start working towards the end goal. However, please note that these are not a sure shot to success. The road ahead will be highly stressful, and most people can’t handle what stardom throws at them.

It’s a beautiful career to be part of, but make sure it’s the one for you.