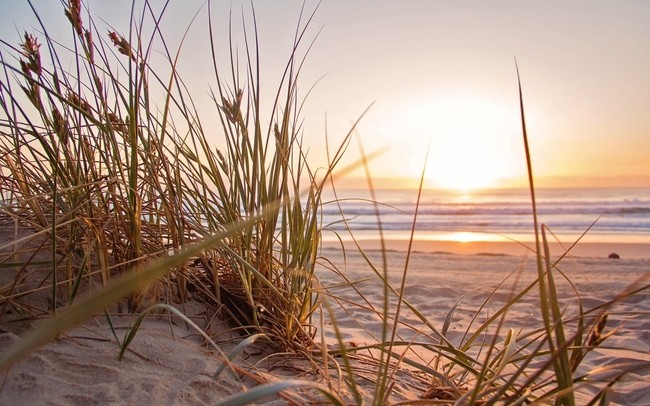 When you think of fun beaches to visit in the summer/ spring, South Carolina isn’t probably your first thought. We often picture SC as a fairly conservative state with acres of open fields. Though that may partly be true, Myrtle Beach is one of the hottest locations for tourists throughout the year. College students from neighboring states are known to flood the coastline during spring break. Hundreds, sometimes thousands of varsity students line the shores for a good time before college reopens.

However, Myrtle Beach is more than just a fun location for college students. There are tons of fun activities that you can engage in with your family. Moreover, some of Hollywood’s most famous movies were shot on the Myrtle Coast.

Before you take a trip and think about what to do in Myrtle beach, consider watching these movies to get familiar with the land. Here are six famous films that were shot at Myrtle Beach.

One of Hollywood’s most famous love stories was filmed at Myrtle. If there is any movie for a romantic stay-in date night, it’s the Notebook. The story begins its plot at Seabrook Island, and the plot thickens from there. This is perhaps one of the most famous romantics dramas in history. Ryan Gosling and Rachel McAdams rose to fame after the Notebook and have been Hollywood superstars ever since. Speaking of Hollywood superstars, you may want to check out the wax museum if you are thinking about things to do in myrtle beach when you go for a tour. Merely hanging around at the beach all day will eventually get boring. Therefore, you may want to look at other attractions in the area to pique the family’s interest.

Myrtle Beach has tons to do if you research in advance and plan accordingly. Much like in the Notebook, consider visiting Seabrook Island’s carnival just like Allie in the movie!

This was one of the most problematic literature stories of all time. We won’t be talking about the theme of the movie as it is sensitive for some people. Instead, we will merely point out that the film was shot in and around the area of Myrtle and became a notable piece of Hollywood production.

Jeremey Irons takes a leading role in the movie and does justice to the character created by Vladimir Nabokov. The book was a literature classic, and the movie received a fair deal of success as well. Though millions of people opted not to watch it, the fact remains that it is a great cinematic masterpiece that has an association with the shores of Myrtle.

Once again, we do not suggest this movie for the faint of heart. Moreover, it’s an 18+ rated movie with somewhat triggering themes, so please keep that in mind.

Thankfully the Nutty Professor wasn’t half as sensitive as the previous movie in this list. Eddie Murphy plays the role of a clownish/ goofy professor who looks to create a youth formula that reverses aging. The movie is an excellent watch for the entire family and is sure to bring a laugh or two for children as well.

Moreover, merely knowing that the shooting took place nearby can help your family appreciate the surroundings and warm up to the idea of Myrtle.

The Nutty Professor II may not have been the smartest movie of all time, but it’s sure to be a source of entertainment for the family. There‘s no denying that Eddie Murphy is one of the most successful comedians of his era. He deserves a great degree of respect for pulling off many diverse roles in his career.

The story revolves around a couple on vacation at a rural location in South Carolina. Liv Tyler stars in the thriller/ horror movie as one of the lead characters.

In the movie, a couple is held captive by three people trying to torture them. There is a psychologically traumatic undertone to the movie; therefore, you might not want to watch this with kids around.

The production took place around the Myrtle area for several aspects of the plot involving the location. The movie is loosely based around a few true stories, one of which is The Manson Family Murders. True thriller stories generally leave a lasting impact on the viewers, which may not always be good. Therefore, viewer discretion is advised because the movie depicts certain true–life events.

You may never have heard of this movie because it flew somewhat under most of our radars. The movie is about a family that owns a fast food joint. It weans in and out of drama and romance. This may be the lowest budget movie on this list. However, never judge a film by its budget.

Critics cite it as a fairly adventurous movie that won’t waste your time. Swimming is an easy watch that you don’t have to stress your mind over if you are in the mood to watch something set in Myrtle Beach.

It may not have the most illustrious cast, but you can certainly enjoy the movie for its story.

Most men will skip watching Magic Mike because it is about a male stripper. However, if anyone is interested, Magic Mike XXL is loosely based around the Myrtle area. The entire theme of the movie revolves around an adult dancing competition taking place on Myrtle Beach.

Channing Tatum plays the starring role in the movie; therefore, you can expect some pretty good acting. We suggest that you put the kids to sleep before watching something like this. Explaining the theme and general idea of the movie won’t be easy.

However, nothing shows the wild/ fun side of Myrtle Beach, like Magic Mike. If you want to gain a general idea of the beach before you visit, this is one movie you should definitely consider adding to your list.

There you go! Myrtle Beach has been a go-to location for many popular films. If you are planning a vacation, now would be the time to jump at the chance and book your accommodation. Myrtle has tons to offer, and once you visit, you might never want to go back.

Moreover, South Carolina’s hospitality is bound to capture your heart. They are some of the sweetest and most welcoming people you will ever meet. With that said, we hope you enjoy your beach holiday and make the most of your well-earned vacation.