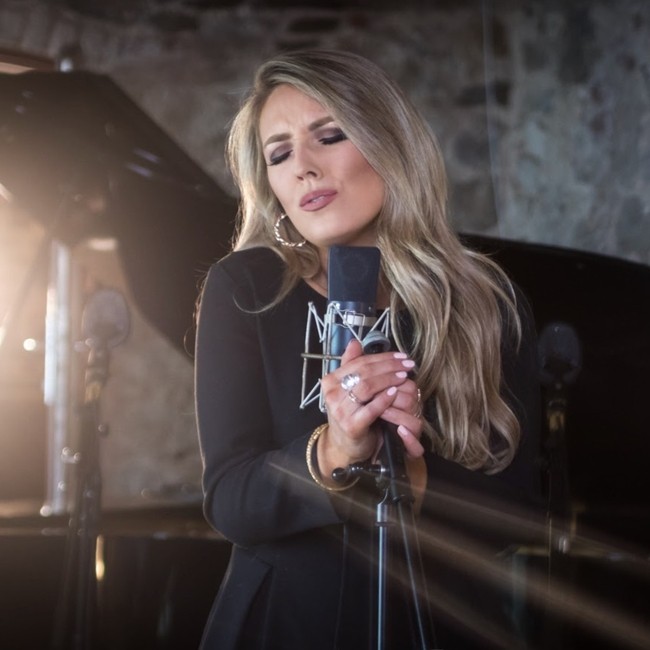 Every great glam metal album needs an epic power ballad. On Slaughter’s underrated 1999 set Back To Reality, that track was the aching “On My Own.” Like the slower compositions by the unrepentantly badass Las Vegas band, “On My Own” is intense, dramatic, surprisingly lovelorn, and sturdily written. Take away the squalling guitars and the pounding drums, and you’re left with something that could fit on the soundtrack to a romantic musical.

And if you don’t believe that, you should check out the Chloë Agnew version of “On My Own.” Agnew, who is known around the world as one of the stars and lead singers of the long-running, award-winning Irish traditional ensemble Celtic Woman, has converted the Slaughter album cut into a track worthy of the conservatory. Instead of raw rhythm guitar, she sings over precisely articulated piano, and instead of a skyscraping six-string lead, she substitutes radiant cello. In place of Mark Slaughter’s swaggering, menacing vocal, she’s giving us something gentler, more careful, more feminine. But it wouldn’t be accurate to call the cover a transformation. It’s more of an awakening: Agnew and her collaborators have roused a winsome spirit that was always sleeping in the roughneck Slaughter original.

That makes the Chloë Agnew version of “On My Own” a pivotal track on Kari Wahlgren Presents SlaughtHER Volume One. It’s the sleek, shining, and deceptively sturdy cornerstone of a set of covers of Slaughter material by female artists. Not all of the tracks on the collection are radical reinterpretations — some of them are startlingly faithful to the original versions. They’re all animated by the fiery, impudent spirit of Slaughter, who remain one of the last and best practitioners of glam-metal. Accomplished voice-over actress (and Slaughter fanatic) Kari Wahlgren produced the album, and she’s developed a revelatory stage show to accompany it. She’s the producer, and director, guiding spirit, and die-hard Slaughter devotee.

Chloë Agnew brings her own impeccable style and preternatural poise to the project. As a member of Celtic Woman, the Dublin, Ireland singer has toured the world and shared in the winning of several Grammy and Billboard Music Awards for world music. She’s appeared on twelve albums with the group and cut many more as a solo artist. In the “On My Own” clip, she’s every bit the international star: performing on glamorous stages, signing autographs, taking bows in front of rapt audiences. As an interpreter of the Slaughter song, she fronts a small chamber-music combo in an austere, beautiful stone-walled room. If it wasn’t for the infamous name on the credits, you might just mistake it for a light classical aria or the theme song for a romantic drama.