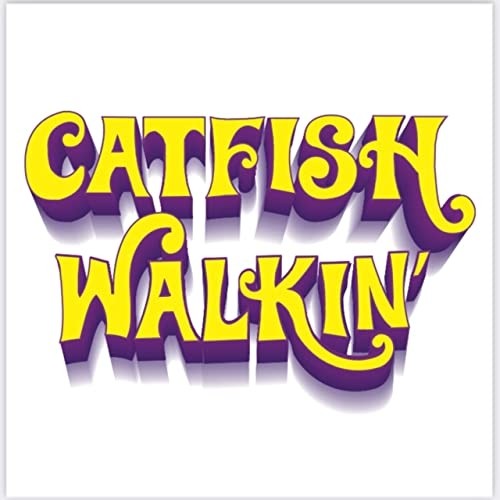 There must be a connection between the rapper, Catfish Walkin’, and The Walking Dead (TV show). This Cleveland rapper titles his album, “Back From The Dead.” He’s Walkin’, and back — or so he says – from the dead. His minimalist single is titled “16 Bit,” and it’s an explosive blast of hip-hop.

This track’s title comes from a computer architectural term, as in 16-bit integers, memory addresses or other data units that are 16 bits (2 octets) wide. However, Catfish Walkin’ isn’t rapping here about computer terminology. Instead, he’s throwing down lines about his favorite subject (one assumes): himself.

As rap tracks go, this is a relatively short piece. It clocks in at only 2:39. But just as the best things oftentimes come in small packages, this song crams a whole lot of good stuff into its brief time span.

The style that Catfish Walkin’ applies doesn’t sound too much like black rapping. He’s not a white guy trying to sound black, for instance. Instead, he sounds a little like what a Mafioso might sound like, if he wrapped about his ‘business.’ The sonic bed is minimalist, with plenty of elements that come in and out of the mix as it rolls out. At times, it sounds a little like West Coast rap.

About midway through the track, one can hear what sounds a little like operatic vocal punch-ins. When Catfish Walkin’ begins to speed up his rapping, almost as though he’s a musician double-timing, he sounds a lot like Eminem. Eminem is the ultimate model for white rappers. He was the one that proved how white guys can be taken seriously. Clearly, Catfish Walkin’ aims to be taking just as seriously, even though he drops in a lyrical reference to Jackie Gleason, of the old Honeymooners show.

Catfish Walkin’ calls this, “The hardest song you’ve ever heard in your life.” These are strong words. Maybe it’s the hardest thing you’ve heard that comes out of Cleveland, Ohio, perhaps. Cleveland is known for the rock & roll hall of fame. It’s not especially known for its hip-hop artists, however. Maybe Catfish Walkin’ can help change that whole perception.

Although half of his name is ‘Walkin’,’ Catfish Walkin’ is far more of a runner than a walker. When he speeds up his rap in places during this track, it’s a little difficult to keep up with him. He shows off a number of different speeds, in fact. He has a kind of slow, stroll speed, and then he has more of a rapid-fire delivery.

Yes, Catfish Walkin’ makes it challenging in places to pick up on what he’s putting down with “16 Bit.’ He’s so good though, it’s well worth the effort. Cleveland rocks. We all know that. Catfish Walkin’ is out to show the world that Cleveland raps, too. His “16 Bit” is a prime example of what the man does well. It may not be the hardest song you’ve ever heard, but if you listen to a whole lot of wimpy pop, it may be the hardest thing you’ve heard in a long, long time.