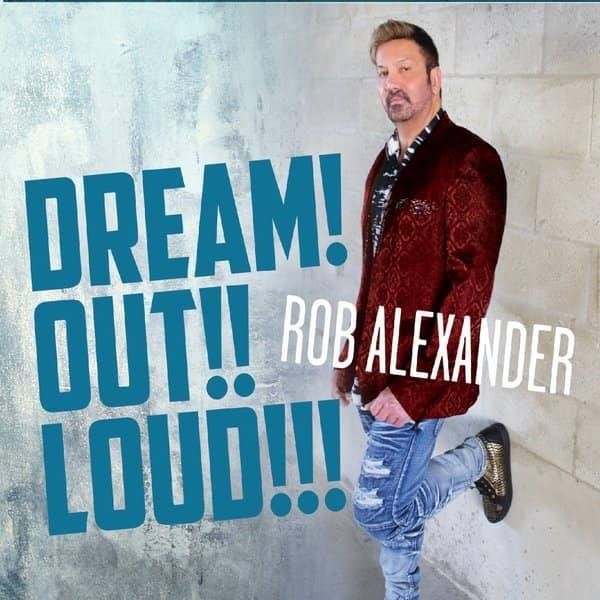 Love stands the test of time in the new contemporary pop track, “Olivia”. From singer/songwriter (and medical doctor), Rob Alexander, the smoldering guitar and erupting beat runs alongside an intoxicating vocal. Where many indie artists aim, few hit the mark from which Alexander has claimed stake. And if you think he sounds a bit like Elton John, you will love hearing it more because it just so happens that Alexander has members of Elton John’s band playing on the recording. “Olivia” is a rousing single, with lots of juicy, intricate sonic layers.

The foundation starts with the top tier songwriting. “Olivia” signals the return of something I’m just not seeing as much – quality storytelling. If this were a book, it would be a page-turner. Alexander doesn’t rely on cliches or vague intrigue. He’s quite enamoring just being authentic and first-hand perspective. You just sort of slide right into the chair as if you were all-knowing of his backstory. From what I can glean from the song, he’s been broken up with Olivia for some time, but she was the one that really left a space in his heart. He’s not obsessive about it, which is cool, but she still brings both happiness and a bit of sorrow to his life. I can somehow press on, he sings, leaving the listener to believe his honest revelation. Within that line, Alexander almost sings as if he were a youth, a young man still trying to figure life out. His voice holds so much life experience. Alexander also gives the listener an added tenderness. His earnest voice thrills and gives a gesture of good faith. This song comes across like he’s been wanting to release it for some time – as if he always had the chorus humming in his head. It’s the right time for him to introduce the world to his Olivia, and it’s the right time for listeners to embrace her just the same.

Wandering around more into the song, and allowing it to marinate some, the listener is tempted with the generous groove. “Olivia” has a rhythm of the night, that not realizing Alexander is from Florida, you might say has some Latin influences. It’s not like the Miami Sound Machine, but it’s still Florida and airy sounds. There’s a warmth, a sea breeze of sounds. Alexander succeeds at balancing these tones with bluer notes and crisp electric guitar arrangements. The piano keys stand out, too, and are a major player in the overall sheen. It’s a very full sound, with little to be desired. Alexander and company check a lot of boxes – “Olivia” is a keeper.

Alexander impresses with the very fun “Olivia”. Even if there’s a bit of sadness in the air, Alexander smoothly convinces the audience that he’s moved on with his life, but she made him the man he is today. It’s his experience with her that has given him a different perspective. It’s the mark of a true artist to take that encounter or experience and make it into a great song.