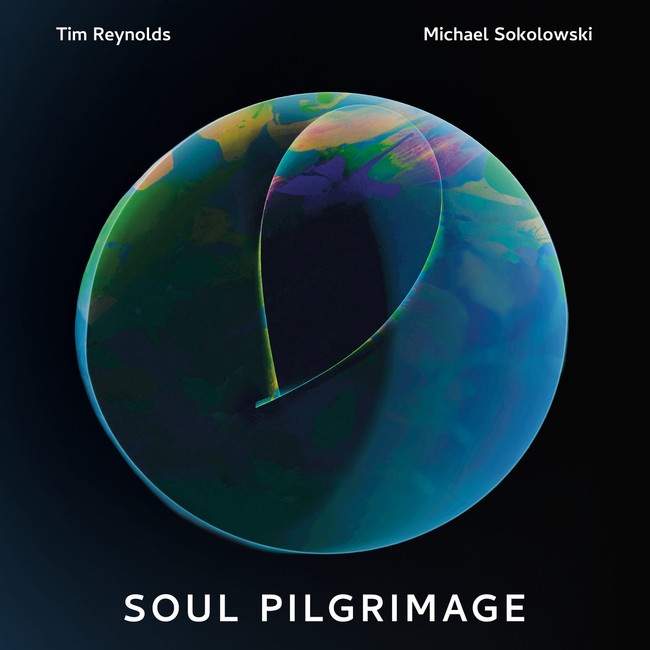 It’s always music to my ears when I get a chance to take in an original composition that is like nothing else I’ve ever heard. And ‘Soul Pilgrimage’ by Tim Reynolds & Michael Sokolowski is just that with an overall sound you won’t hear anywhere else. Refreshing to say the least, ‘Soul Pilgrimage’, will invigorate your musical senses and keep you on your toes.

‘Soul Pilgrimage’ is nearly a 30-year follow up to 1992’s collection of piano/guitar duets. This highly anticipated project is an album of guitar and synthesizer duets by Tim Reynolds and Michael Sokolowski released during the summer of 2021. I can guarantee that ‘Soul Pilgrimage’ will be a listening experience like no other, so buckle up and brace yourself for one exhilarating ride.

The record starts up with an intriguing intro on “Efflorescence” that adds a bit of mystique & wonder overall. Next, you’ll hear “Soul Pilgrimage- Itinerant Mind” that will give you constant drips into your psyche while musical drops saturate the inside of your eardrums. Moving along, Tim and Michael will have you chasing stars & fireflies on “Soul Pilgrimage-Under Big Sky” where the mysterious sound of night surrounds you. Add some “Freighter Hop” to your step as “Soul Pilgrimage” continues but this time with a bouncy, bubbly & futuristic mix in place. Next, jump aboard and take a ride on the “Aerotrain” that will take you through many twists & turns. On track six, “Is That You”, travel through a wondrous land and then head into “Homunculus” where a catchy beat & melody awaits you. Tim Reynolds & Michael Sokolowski end on a rather soft note with “But for Chance Operations” that will make the listener stop, wait and contemplate.