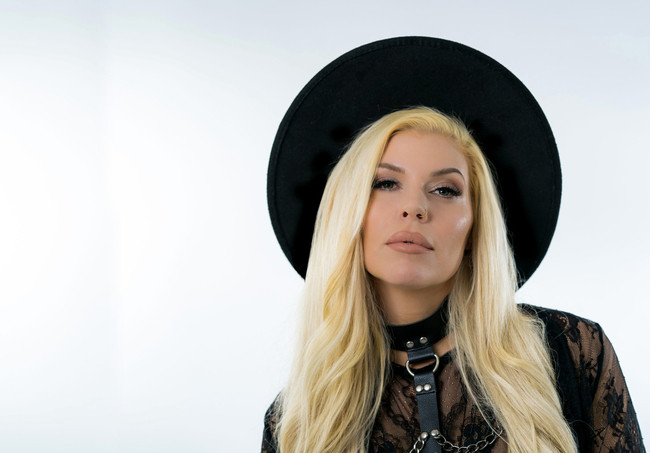 With her voice as the guiding light in the melodic darkness that surrounds her, Meghan Krauss launches into her single “This is Gonna Hurt” sounding like she’s got nothing to lose. There’s a fearlessness to her voice that’s present even when she’s lamenting the past in the opening verses, and as we get deeper in the track, it becomes obvious that the swagger driving her delivery is more than a centerpiece – it’s utterly contagious. She’s got a presence that lasts well after the music has ceased to play, and not unlike some of the other iconic voices born in the Pacific Northwest, she doesn’t sound particularly concerned with trends or what they stand for here.

The piano keys are buried in the master mix, but they still manage to give up crisp punctuation to the harmony, especially as we get closer to the climax of the song. The strings never have to get out of the way to allow for their melodic contribution to be appreciated, but instead make merry with the keys in what initially feels like a chaotic kinship, to say the least. Everything inevitably blossoms into something beautiful in “This is Gonna Hurt,” alluding to a contrast between where we start and where we end up in relationships that isn’t lost on even the most removed listener.

This rhythm is a little withholding next to the lead vocal, but it’s nice that Krauss didn’t see a need to overstate the presence of a beat just for the sake of generating artificial vitality where there needn’t be any. “This is Gonna Hurt” is already sporting so much life just thanks to the friction this singer starts up as soon as she begins making bold statements behind the microphone, and I don’t think adding more, through inauthentic means no less, would produce anything but unwanted excess in the long run.

Krauss is belting it out pretty hard in the latter half of this single and never fails to break away from the instrumental melodicism, and best of all, I can’t tell where her command of the groove ends and that of the percussion begins. She’s so brilliantly synchronized with the backing band that it feels like she’s controlling every movement in this song just at the whim of her vocal, which is something that I don’t usually hear in a lot of rookie content from any artist in the industry (let alone those in vocal pop).

The songwriting prowess that Meghan Krauss has in this piece is undeniable no matter what angle you’re breaking it down from, but personally, I believe it’s the actual caliber of her talent that’s going to wind up being the biggest headline-winner with “This is Gonna Hurt” this September. True, the old school crooner persona is seeing a slight resurgence in the American underground at the moment, but of the players that I’ve had the opportunity to review within the movement, this is one of the few artists who has struck me as someone we can expect to see on the mainstream one day. She’s got elegance and smashing execution, and better yet, she’s using both very wisely in “This is Gonna Hurt.”