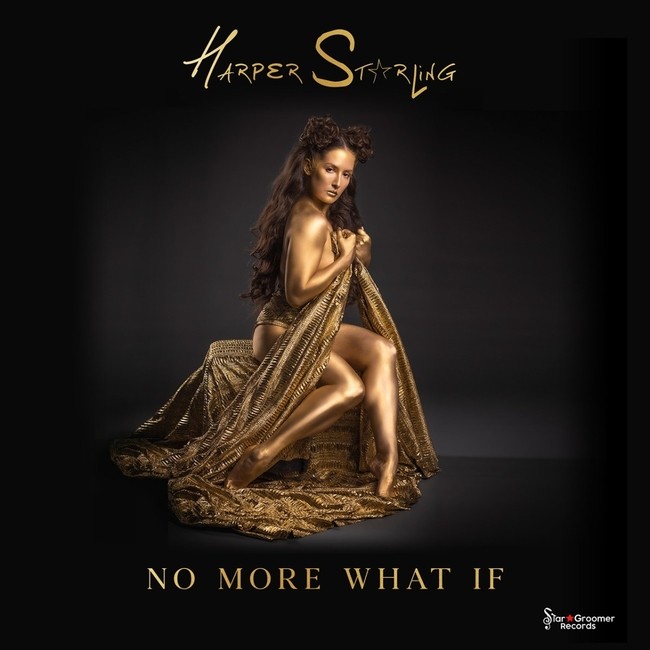 No matter where you’ve grown up, leaving home is hard. If you’re lucky enough to be native to a region as pretty, friendly, and welcoming as South-eastern Wisconsin, it’s tempting to stay in the place you recognize. You might be satisfied with life as you’ve always known it. But if you choose never to chase after your dreams, you may always wonder: what if?

At heart, Harper Starling remains a proud Wisconsinite. Her Upper Midwestern sense of humor is central to who she is, and it’s never going away. But she knew that she couldn’t be true to her talent unless she made a serious effort to bring her world-class music to a mass audience. So she took a chance — she packed up her things and relocated to Southern California. After scoring several Billboard Dance hits, including “Euphoria,” her chart-topping collaboration with The Perry Twins, it’s plain to see that her courage has been rewarded.

Now, she’s sharing her biography in the most tuneful way she knows how: she’s written it into “No More What If”, her latest single, with words of encouragement to everybody determined to get their voices heard. Written by Harper Starling, Cindy Valentine, and Niko The Kid and produced by Cindy Valentine (Bebe Rexha, Britney Spears, Alisha) and Niko The Kid (Outcast, Ariana Grande, A1Young boy), “No More What If” is dance-pop, and it’s designed to get the floor moving, but it’s also an old-fashioned storytelling song — a tale of a creative young woman who loved her home but who was also hungry for experience and recognition. Fittingly for this dreamer and achiever, the song was recorded way out west at Capitol Recording Studios and East West Recording Studios in Los Angeles. A remix of the song was produced by Eric Kupper (Dianna Ross, Christina Aguilera, Alicia Keys, Jennifer Lopez, Miley Cyrus). Harper Starling unspools this narrative over propulsive beats and sings it all in a voice that shines and moves like a beam of sunlight breaking through the clouds.

Devin J. Dilmore’s clip for “No More What If” is moving, heartfelt, and very honest. It’s also quite funny: when the aspiring Harper Starling presents her resume to random passersby on the streets of Hollywood (special cameos by Teen Witch’s “Shauna”, Cindy Valentine and “Dragnet”, “The Morning Show”, actress Lisa London), it’s full of Upper Midwestern in-jokes. Harper Starling’s ability to poke fun at herself, even while she’s pursuing stardom, is very Wisconsin. The rest of the clip is pure Southern California: the copious, glorious sunshine, the car rides through glamorous neighborhoods, the scramble up the ladder of showbiz success, and the terrific costumes that the singer gets to wear once she’s made herself at home in Los Angeles. Her background has given her a perspective on the music industry that few dance musicians born into the spotlight ever get. Her Midwestern sensibility will keep her grounded, which is good — because with talent like hers, the sky’s the limit.