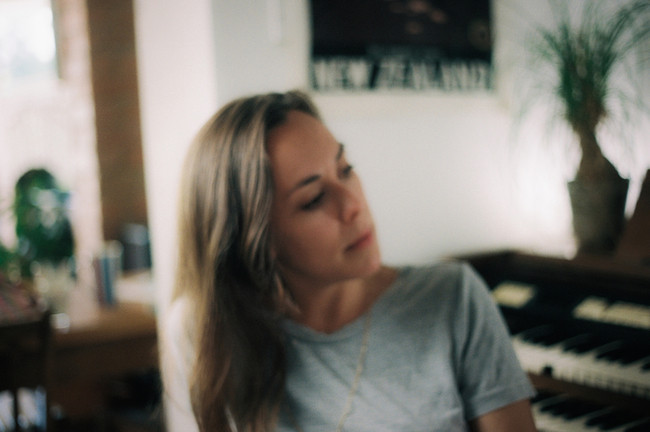 Last month, UK multi-instrumentalist and story-teller Mara Simpson announced her new album In This Place will be released on September 24th. A heady blend of alt-folk, analogue synth and classical composition, In This Place is a tale of quiet rebellion and taking back control. Today, she shares new single ‘Serena’. The track, named after the apartment building in Brighton where Mara’s daughter was born, is based on the experience of becoming a mother and the responsibility of making important healthcare decisions. “How will I know how to love you” she sings over undulating synths and sparse piano chords.

Whilst the struggles of 2020 will go down in history, for Mara it was 2019 that was the tough one. A year spent consumed by worry, whilst in and out of hospital with her one year old daughter, had left Mara feeling like she was playing a constant game of catch up with a world that wouldn’t slow down. With songs ready to be recorded for her new album, she headed into the studio to record with her producer.