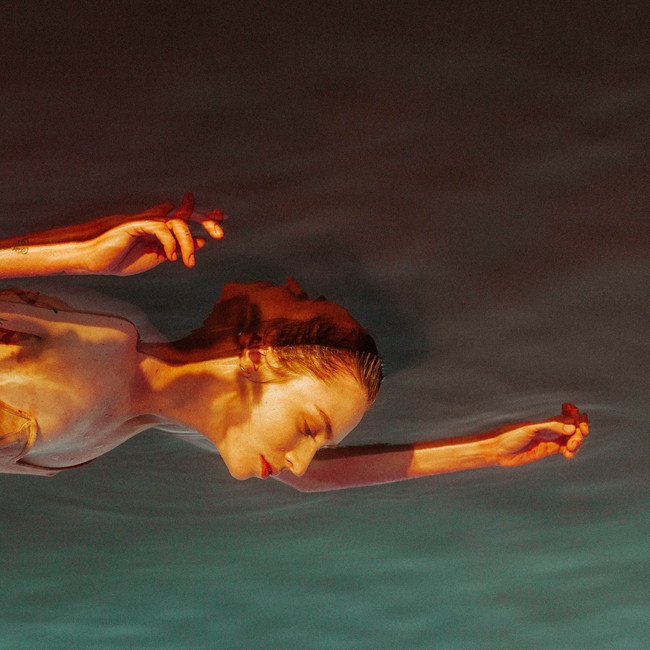 In today’s sonic landscape of single releases, we’re less likely to hear a full-length album from a rising artist. But when we do, we tend to miss those days where we can sit back, and be taken on a journey through the senses, where each song from the album weaves an intricate landscape of story between each song. And it’s such a welcome joy that Sacramento-based Singer-Songwriter, Lindsey Bitson, delivers a lush sonic landscape and story with her debut album, Bathing in Yesterday’s Fires.

The album begins with “Changes”, which introduces us to Bitson’s radiant vocals, building to a lush and vibrant amalgam of production and instrumentation, focusing on the organic nature of music, rather than the synthesized sounds we oft hear in many artists today. As the album continues, weaving an intricate storyline of Lindsey’s past, present, and future, we are floored by the culmination of the album with the final song, “Myself”, where Bitson comes into her unabashedly self, showing the full force that this singer-songwriter is here to stay.

Residing in Sacramento, California, Lindsey Bitson wrote her first song while at rehab with a cheap guitar her father purchased for her so that she wouldn’t get bored and succumb to drugs yet again. Five years and several songs later, Bitson finds solace and understanding through music and ultimately, has become her greatest companion. Her album, Bathing in Yesterday’s Fires, is the amalgamation of nights of great terror, moments of pure bliss, memories that still haunt her, and blind optimism for the future.