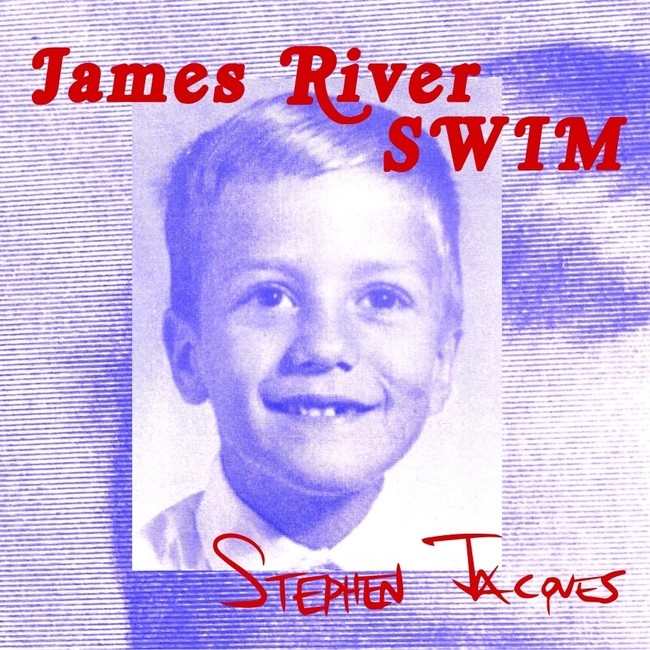 Stephen Jacques is a force to be reckoned with. His sound may be reminiscent of rugged rock and roll stars before him, yet his sound is no pastiche of timeless traditions. Stephen Jacques sound swells with authenticity; Stephen is no one but himself and we love it. His upcoming single ‘James River Swim’ being released on July 30th is another example of Stephen’s unique artistry. His alternative rock is pushed into new realms with the airy atmosphere that surrounds the single. This latest addition to his discography comes off the back of his vibrant album ‘Charmed to Death’ as Stephen Jacques expands his ever-evolving audio universe.

‘James River Swim’ begins with the gradual momentum of a river finding its flow. What strikes you first is the smooth vocal samples that swim in and out of the instrumental. It’s not often you find this sort of sample genre-bending. But, oh boy, does it work! Stephen sings with a captivating casualness. It’s hard not to be consumed when you feel directly spoken to and add to that the melodies meticulously crafted to suit the free-flowing form and, quite frankly, it’s mesmerising. There’s a beautiful union of female and male vocals throughout ‘James River Swim.’ The space filled by the soprano vocals provides a depth that transforms this single into a beautifully well-rounded masterpiece. Gentle guitar lines sweep back and forth throughout the mix, swelling within the space and then retreating to let Stephen Jacques take the reigns. Which Stephen does with impressive performance prowess. ‘James River Swim’ is one of the first singles to be released from Stephen’s upcoming album ‘Soul Hydraulics’ on September 3rd. ‘James River Swim’ is an impeccable choice. This single showcases all that we love from Stephen Jacques; the unwavering easy-going air, the vivid lyrical lament and a captivatingly catchy chorus. ‘James River Swim’ is a sit back, relax and really listen kind of track — trust me, you’ll be swimming in Stephen Jacques’ soulful sounds in no time.