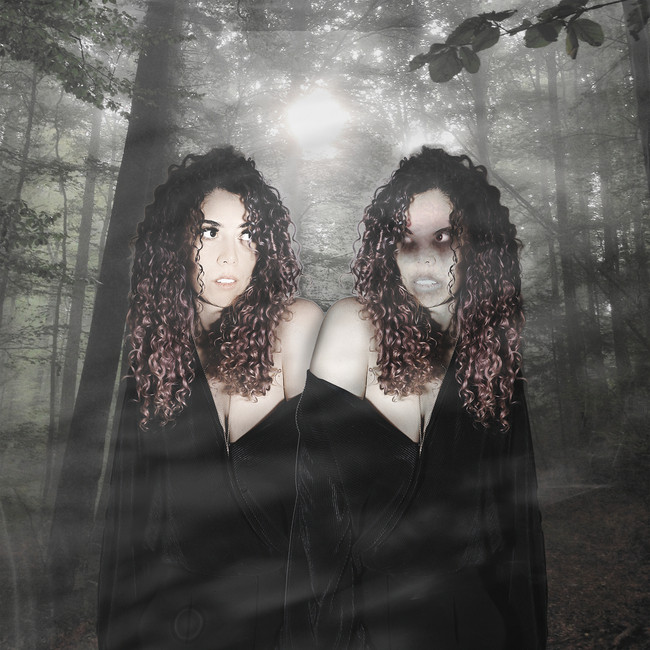 Without sacrificing a shred of ominousness in her vocal, Morgan King delivers a rather vulnerable performance in her debut single “Mirror Mirror” this summer that has critics around the country abuzz. With a spike in bubbly pop songwriting on the mainstream front, it was only a matter of time before a talented act came around with something a touch darker than the status quo calls for in response to what everyone else is doing – and from what I can tell, King is that act. Her sound has flexible qualities that could be pointed in several different artistic trajectories, but in “Mirror Mirror,” she owns a strain of pop that has been sorely missing from the spotlight for more than a generation.

We start this track feeling like the percussion is about to pull the rug out from under us, but its fragmented groove undeniably precludes the verse from sounding fragile rather than haunting. When King sings, she isn’t stabbing the melody with her words, but instead sewing verses into the fabric of a harmony as to make instrumentation and vocals indistinguishable from one another. This makes the collective strength of the music that much stronger and certainly emphasizes the emotional investment she’s making in every lyric shared here. She’s a first-timer, but she has the fluidity of someone who most definitely has spent a lot of time thinking about how she wants to express herself (and, more importantly, what she wants to put on the table in the first place).

There is no concentrated climax in “Mirror Mirror,” but instead moments in which the dark melodicism of the music recedes just enough to reveal a hint of optimism in the words. This centers the narrative of the track on unrelenting passion rather than virtuosity of play, which is a lot more fetching if you prefer the thoughtfulness of singer/songwriters over the indulgence of contemporary pop/rock. King is definitely taking some measure of influence from mainstream surreal pop artists like Billie Eilish have been cultivating with enormous success, but hers is an odyssey guided more by reflection than it ever will be commentary. This separates her from a lot of lackluster forces on the commercial side of the dial, and even those currently winning great critical favor.

I hear a lot of potential in Morgan King’s sound in “Mirror Mirror,” and as long as she stays focused on developing her vocal more than her production style or cosmetics alone, I believe she’s going to experience continuous praise from the media and fans the same this year. There’s no denying that she has a lot in common with the elite class of Gen-Z and Millennial songwriters disinterested in replaying the same formulaic concepts their forerunners did, but I don’t see her sound evolving as slowly as a lot of her peers’ will. She’s off to a really amazing start in “Mirror Mirror,” and I hope to hear her follow-up with something just as spellbinding before the summer has come to an end.