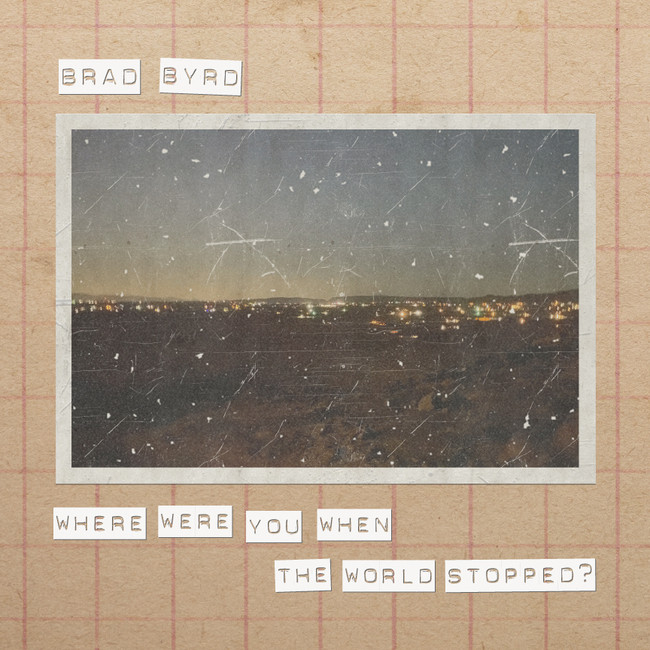 Brad Byrd is known for his heartfelt lyrics and mesmerising melodies. His sound swirls with an effortless, acoustic air and makes even the greyest of days seem wistful. His self-professed soulful cinematic sound has reached new heights in his latest EP ‘Where Were You When The World Stopped’ This EP is an incredible manifestation of years of living and breathing music as he’s no rookie to the music scene. He’s penned hits for a whole host of films and renowned television shows; he’s even been the soundtrack for Fox’s ‘New Girl’. Brad’s discography is endless, and yet no release feels as pivotal as his latest EP. ‘Where Were You When The World Stopped’ feels like Brad truly coming into his own. It’s beautifully crafted, self-assured and refreshingly real.

The opening track, with the same title, begins the EP with delicate brilliance. This song could be in the background of any wanderlust film and bring the sequence to life. Speaking on the recent global pause, Brad Byrd has written an effortlessly engaging ode to our experience. His smooth tone is perhaps the most striking quality as his vocals sail over the soft soundscape and completely draw you in. Sitting at the centre of the EP is ‘When You Need Me’. Brad’s versatility throughout this body of work is breathtaking. This track boasts brighter, bolder energy. Rooted in the more indie-rock realms, this track pulses with a driving drum line, thick guitar lines and some pretty slick guitar solos as Brad shows off his powerful vocal prowess. ‘Chasing Down The Sun’ concludes the five-track EP with a folkier feel. This track holds hypnotic melodies that swim through the intricate guitar soundscape. All the elements of this track seem to weave between each other, the result being an intimate tapestry of stunning melodies and refrains. Each of the tracks on the EP boasts its own unique atmosphere, and perhaps it’s this versatility that makes this EP a true stand out. Throughout ‘Where Were You When The World Stopped’ Brad Byrd takes you on a journey through the astounding artistry that inaugurates him as a staple in the alt-indie scene and our daily soundtracks.