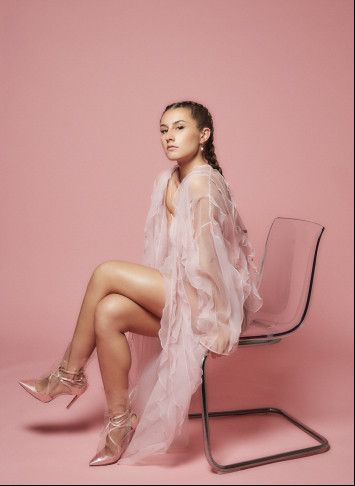 Emerging as a dynamic pop presence with widespread critical acclaim, buzzing artist, producer, and songwriter Naliya shares a new single entitled “Roller coaster” today. Once again, her smooth delivery, quotable lyrics, and elite beat-making shine. The track affirms her unpredictable approach with hypnotic verses before dropping into another massive chorus. As always, she invites audiences along for the ride on “Roller coaster.”

Right out of the gate, “Handshakes” gathered over 500,000 streams to date and picked up critical acclaim. The Honey Pop raved, “she blew our minds with her first single ‘Handshakes’,” and went on to promise, “You’re going to listen to it non-stop, it’s guaranteed.” EDM.com described it as “a dreamy inaugural release,” and A1234 called it a “buoyantly simple yet elegant track that uses a sparse production to bring out the emotive nature of the lyrics, drawing us into her soundscape and way of thinking.” Sheesh Media praised “Handshakes” as a “tender and sentimental banger” and “filled to the brim with electronically filtered vocals and near-lullaby vibes.”

Naliya is putting the finishing touches on her forthcoming debut EP—coming soon. She continues to assert herself as an artist-to-watch this year.