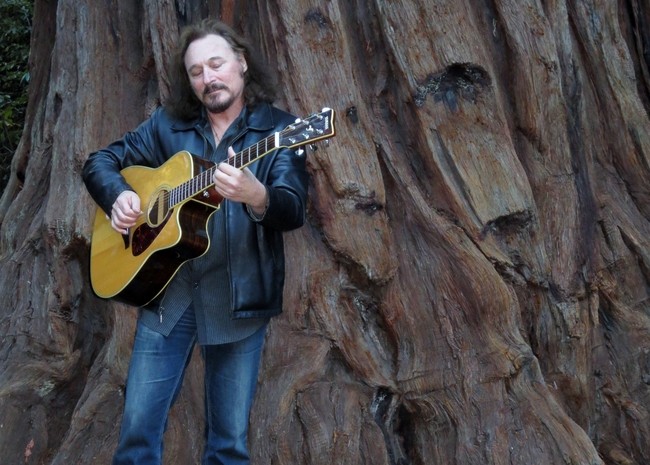 Whether solo or with his band, Bruce Guynn upholds one mission: to pick you up and make you move. That isn’t a challenge for the naturally sweet singer/songwriter and his blend of uplifting soulful rock, organic Americana, pleasant blues, and honeyed R&B. He’s recognized as an award-winning songwriter, and with three Number Ones and seven Top Thirty Songs on both the USA and International radio charts, the prolific artist has certainly put some backing to his name since the mid-’90s. Timeless music with a modern twist that bridges generational, social, and cultural divides is Guynn’s motive and is surely one to be acknowledged. Over the years, his musical resume has brought him to six continents and shows with Chet McCracken (former drummer of the Doobie Brothers).

As one of the pioneers of the Redwood Coast Sound, Guynn is credited with bringing the California sound back to rock. Through music, he unites, and with his words, he inspires. During his three-decade career, Guynn bounced back after every tragedy. One of the best milestones includes forming his record label, New Coast Records, in 2010. Previously, Guynn was on Ray Ruff’s label. Ruff (an iconic producer of nearly 200 top-charting hits) who worked with the Everly Brothers, Doobie Brothers, George Strait, Kenny Rogers, Merle Haggard, Reba McEntire, Roy Orbison, Willie Nelson, Van Morrison, and many others) said “Bruce Guynn & Big Rain are wonderful songwriters, and superb singers, and I haven’t worked with a band this talented for many years.”

More of a peace offering than a video, “Time Will Tell,” directed by Stu Wilson, offers Guynn’s simple and mindful pleas in turn for citizens to unite beyond the instability America faces. As he takes to the mic in his candid studio, Guynn gets right to the point; how can we be a democracy when there’s so much hypocrisy? From the presidency to the Black Lives Matter movement to the pandemic, each subject has polarized rather than unified society. The soft rock ballad drives Guynn’s influential vocals and genuine message. Producers Richie Podolor and Bill Cooper – who produced almost the entire catalog of Three Dog Night and Steppenwolf, while working with others like Iron Butterfly, Alice Cooper, and Poco – said about Guynn’s tracks, “I haven’t heard songs as memorable and inspiring coming out of the studio in a long time. People just don’t walk in here with material like this. After hearing what they were doing, I had to go let them know I would love to play on the album.” As he takes to each instrument to play its respective parts, overlays of the conflict blend into observation right on queue. The dichotomy between opinions and aggression to protect causes us to stray further each day with every passing headline. Yet Guynn stays positive and reminds us that we control our destination and future and if we cooperate and collaborate, the power we hold as a collective will be unstoppable. Will we come to our senses? When will it happen? Only time will tell.