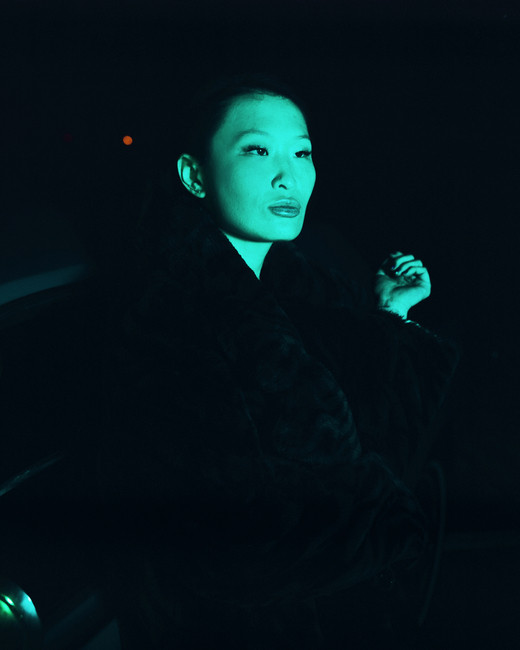 Dreams allow us to tap into freedom and our deepest desires, awakening a sense of possibility within. In the video for “Wake Up,” the debut single from the adventurous electronic pop singer Nolo Grace, the star disappears into a brilliant reverie. In her dream, she’s utterly transformed. Waking up in a bed in the desert, she’s no longer the harried commuter, dressed in business clothing and exhausted after a long day of work. Surrounded by dancers, she’s the glamorous queen of her own fantasies, gorgeous and sparkling under the desert sun. When she wakes at the end of the clip, she’s utterly refreshed, and if you’ve ever had a similar dream, you’ll know exactly why.

As a dramatization of the restorative power of the imagination, it’s persuasive. But it’s also a metaphor for Nolo Grace’s process and the immersive quality of the music she makes. Her mesmerizing synthscapes and lush vocal treatments can generate some pleasantly altered states, and her performances achieve a trance-like quality that testify to the artist’s otherworldly vision. Her approach to Ableton production is intuitive and flexible, and she’s got the courage to follow her impulses down strange and gorgeous alleyways.

For “Wake Up,” she’s had some high-profile help, too. The track is graced by a guest verse from a master of dreamy sound – Jamaican-American singer, producer, chart-topper, and consistent hitmaker Sean Kingston. Kingston’s voice is such a natural match for Nolo Grace’s singing that it feels like they’re complementary expressions of the same musical and emotional ideas. They’re two minds and two talents, unified by an irresistible groove, and it’s hard to imagine that they won’t work together again soon.

Nolo Grace is a natural screen performer, and she’s just as videogenic in her office attire as she is in the glamorous, flamboyant robes and sparkly cosmetics she wears during her dream adventure. Nevertheless, she leaves little doubt about which ensemble she prefers. She’s only fully herself when she’s chasing her visions — and she’s not going to let anything stop her from realizing them. That’s the message of “Wake Up”: sometimes, dreams can be a better guide for our daily lives than hard and unimaginative reality can. Fantasy is a kind of liberation, and Nolo Grace is, above all, a free woman.