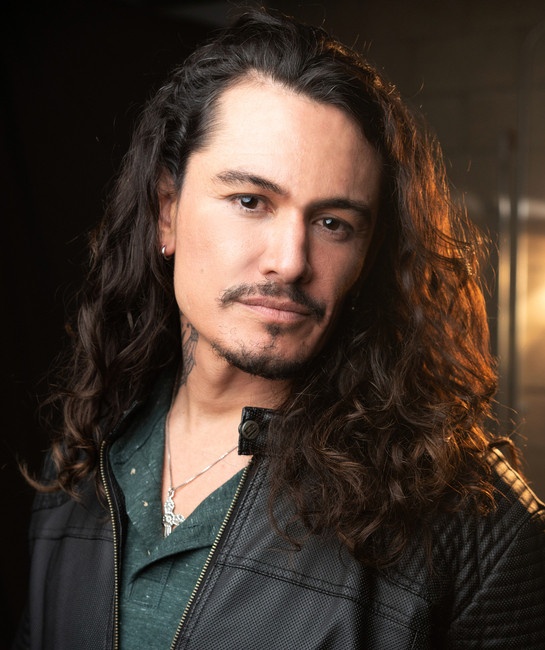 The drive and adaptability of recording artist, professional dancer, and designer Omar Veluz have always surpassed that of fellow entertainers. Best known for being a triple threat, the Los Angeles local is always up for a challenge, including doing an artistic 180 in terms of genre and style when asked for darkness and aggression. For context, Veluz’s songwriting can best be described as a “kaleidoscope of color.” So, when he released “Do You Really Wanna,” created specifically for the Horror Feature Film, Scare Us, his horizons opened up and gave him insight and experimentation into a genre he never believed he would test. Before the feature, his remix cover of “Send Me An Angel” was on the Billboard Dance Club Songs Chart, where it peaked at #23 in May of 2019. Veluz has performed alongside world-famous singers like Alejandra Guzman, Pilar Montenegro, and Olya Poliakova, and he toured internationally on the China National Dance Tour. His mindful energy translates offstage as well: he is a social activist and a considerable supporter of the University of Arizona’s Outreach program.

Omar Veluz knows how to party and reflects his upbeat personality in his lively dance music and zestful Spanish ballads. He keeps it light to emphasize the shine of life he knows and loves. When approached by movie executives to create a song that is the complete antithesis of what he’s used to, Veluz accepted the challenge. “Do You Really Wanna” is fluent in horror movie language and extracts all of the suspense and fright from Scare Us and lashes it all back at us in a three-minute clip.

Hair-raising and nerve-wracking, the track plays with our senses, questions our surroundings, and blurs our threshold of fear and reality. Ivan Mendez fuels the intensity with his fierce shredding on the electric guitar. The clip takes us into the lair of a murderer who is plotting for his next victim; surrounded by skulls and questionable emblems, viewers get to see a small percentage inside a serial killer’s mind. Veluz pulses and convulses in the sight of the killer, but when unmasked, it’s revealed that he is the face behind the disguise. The singer asks, “Will you face what’s in the mirror staring back at you?” He leaves us with a cliffhanger and a rhetorical ending: what’s scarier, yourself as the victim or yourself as the terror