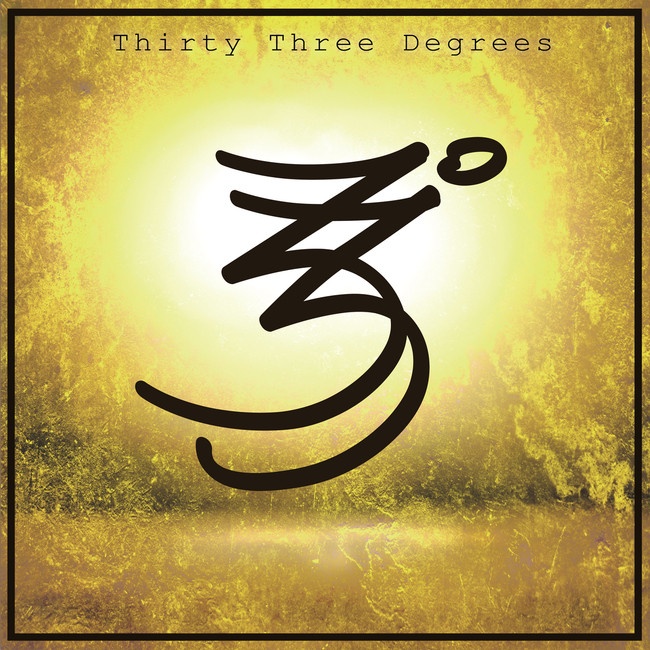 This last year has halted even the best-laid plans of musicians all over the globe. Yet, this didn’t stop the newly formed rock outfit ‘Thirty Three Degrees’. Meeting over Facebook (like all good pandemic ventures) Shane Romeyn and Chris Roberts formed the band just last year, yet from the sound of their self-titled debut, you wouldn’t think it.

‘Get Me Outta Here’ propels this album into action, with striking guitar riffs and enough energy to get your speakers bouncing Thirty Three Degrees start as they clearly mean to go on. Shane’s vocals burst through the booming sonic landscape below as Chris doesn’t hold back in his dynamic drum line. ‘Hit The Ground Running’ boasts much the same energy, yet it’s channelled into the slick crescendos and peaks that the rock group effortlessly create. Chris, Shane and bassist Mike have an evident synergy sewing their sounds together. Their passion pours out the more they are able to play off each other; it’s captivating. ‘Weapons’ is another stand out from this debut. Luring us into a darker atmosphere, Thirty Three Degrees demonstrate the depths of their skill. With grungier guitar lines and hardcore drum hits, they really bring out the big ones in ‘Weapons’. Shane’s raw vocal lines sail over the gritty soundscape with a performance prowess so powerful you’d think they’d been gigging as a unit for years prior to this record. ‘Kudos’ is another highlight from this album as Shane’s guitar lines take on a life of their own in the intricate riffs that run riot throughout this track. Mike’s bouncing bassline forms a firm foundation for the thickly layered sonic landscape to be built. ‘No Illusions’ concludes this captivating debut with absolute flair. With its roots firmly rooted in the rock realms, Thirty Three Degrees seriously let rip in this one and it’s a force to be reckoned with as they leave us on a pretty epic climax. Thirty Three Degrees are undoubtedly on track for a very big year with the release of this record, and the fact it’s their debut might just be the most exciting part of it all.