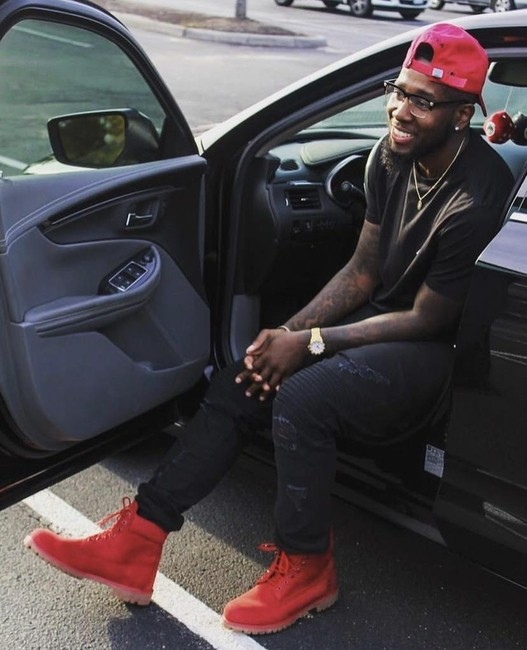 What first got you into music?

Just growing up I’ve always had a love for music, my family and I would listen to different genres daily, but hip hop especially. I’m the youngest of 7 so my older brothers would play the 80’s and 90’s rap and just hearing the different flows made me want to start rapping too, I’ve been writing rhymes ever since.

Who inspired you to make music?

It’s a few things that inspired me to rap and make music, but if I had to choose one I’d say my family for sure. Growing up I’d write my raps and memorize them then I’d recite my verses in front of my brothers, cousins etc and they would hype me up every time.

How would you describe the music you typically create?

I would describe it as a mixture of soulful, impactful, and feel good music. I have songs where I’m being intellectual, and I also have songs for the club, but every verse you hear from me I’ll actually be rapping with a message my fans can grasp.

Who are your top 5 favorite rappers?

I like to put my headphones on, pick a dope beat and just let the words flow through my head naturally and put it all on paper. But I feel as though I’ve written some of my best verses while on the road traveling.

It’s so many to choose from, like there’s really a lot, but to give an immediate answer I would say Hitmaka. Everything he touches is a hit.

If you could go open a show for any artist who would it be?

I’d be honored to open a show for any of the OG’s. Anyone of of them.

How do you feel the internet has impacted the music business?

The internet has impacted the music industry in a major way. There’s really no more waiting outside of radio stations or clubs/venues for celebrity artist to come out so you can pass them your tape, because all you have to do is DM them for a response. Someone can post a video and it can go viral within days then next thing you know you’re famous.

What is the best advice you’ve been given?

it’s many advices I’ve been given through the years that’s stuck with me, but I would say the main advice I was given is “do something today that the future me would be proud of”.

I have song features on the way, radio interviews, more live shows, and more traveling. I’m just steady working and enjoying this process.