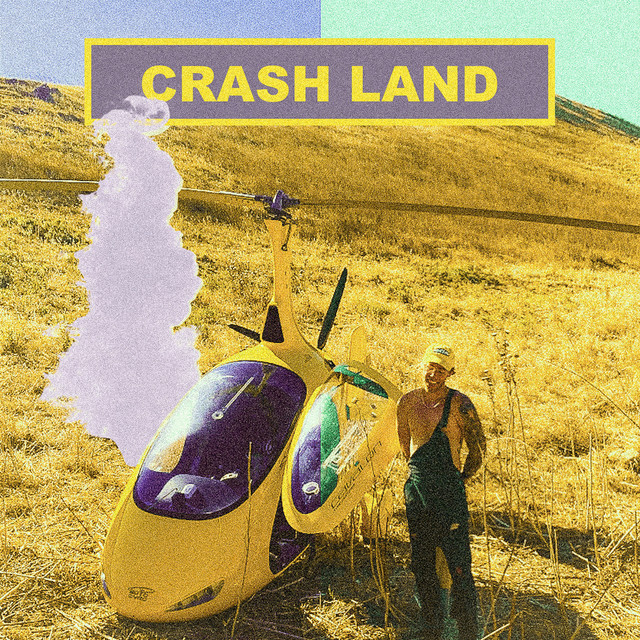 We’re high in the skies as we enter the music video for Wingman’s new single “Crash Land,” our pilot and featured poet commanding the stick of a superlight aircraft made for a perfect summer day. Everything is going smoothly, and the soundtrack in the background seems to have been tailored to the level flight path we’re on, but as the title of this track would imply, unavoidable obstacles sit on the horizon ahead. Crash-landing out of nowhere, Wingman reminds us that absolutely nothing is certain nor smooth sailing when you’re experimenting with the limits of something convention in his latest release, which acts as both a summarization of his artistry as well as a confident declaration of independence from any established order in modern pop.

While I would describe “Crash Land” as a song directly influenced and inspired by the stylistic foundations of hip-hop and trap music (at least compositionally speaking), melodicism is never absent from this mix – truth be told, it’s at the heart of every cathartic release in the track. When the chorus comes crashing down on us, it isn’t the first moment in which we’re making contact with an abrasive harmony, but just the pinnacle point at which it’s sounding as fluid and natural as it ever will. Wingman doesn’t have to drive excesses into his work to sound epic, and that becomes pretty hard for anyone to dispute when listening to what he’s done in this single. The groove is black and white, the vocal isn’t plasticized, and the lyrics aren’t monastic – when he’s got something to say, he makes sure we’re going to get it.

The vacuum effect on the synth element in the climax here integrates the adrenaline of the music video’s subject matter with the actual physicality of the music perfectly, and it’s because of subtler details like this that I’m inclined to call Wingman one of the more precise performers in his scene at the moment. Even when he’s trying to utilize a vast array of components in a song, he isn’t overcomplicating the matter at hand with a lot of virtuosic indulgences we could just as soon have done without. It’s not barebones, but “Crash Land” isn’t a track weighted down with a lot of ridiculous sonic or lyrical ribbonry, either.

“Crash Land” is a hot hip-hop crossover from an artist who is becoming very difficult for critics or audiences to ignore, and though it doesn’t assign its central cosmetics to hip-hop or pop exclusively, it has all the right parts to successfully satisfy fans of both camps. In its totality, this is a single that makes Wingman seem even smarter and more adept at this game than he already did in songs like this year’s “F Up My Life,” “Mothership” and 2020’s potent debut album Weird New Feelings, each of which are credible releases in their own right. I applaud the growth he’s seeing so early on in his career, and as long as he sticks with his present creative trajectory, I doubt this will be the last headline-making single he drops.