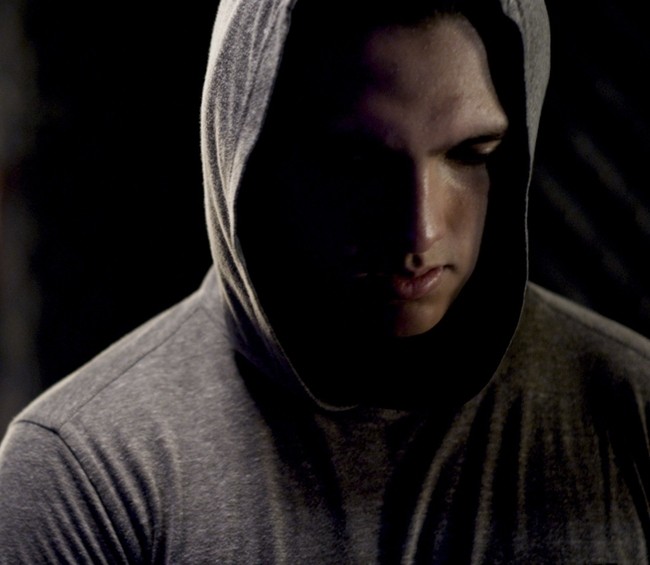 From Muhammad Ali to “Mama Said Knock You Out,” the outlooks of the boxer and the poet have often coincided. Rappers like to think of themselves as boxers — like prizefighters, they’ve got to keep proving themselves in contests of skill, strength, and cunning. As everybody who has ever stepped into the ring knows, the belt doesn’t always go to the one who packs the biggest punch. Speed and responsiveness are just as important. It isn’t enough to land a single hit; often, it’s the follow-up that scores the knockout.

So when rapper and pop songwriter DICI wraps up his fists and puts on the Everlast gloves in the clip for “Five Rings,” his latest single, you can consider that a statement of identity and intent. He knows that he connected with “Shibuya,” the early 2021 underground single that established him as a force in Southern Florida independent rap. He sees an opening for a flurry — and that’s why he’s not wasting any time. He’s following up the success of “Shibuya” with “Five Rings.” DICI recognizes that he’s got your attention, and he’s determined to keep it.

“Shibuya”‘ was straightforward, stinging rhymes; “Five Rings,” by contrast, broadens DICI’s character with a few sung passages and memorable choruses. Yet the rapped verses are just as urgent, just as fiery, just as self-possessed, and just as combative. DICI throws words the way great boxers throw punches: they come in irresistible combinations, in forceful, well-designed sequences, each one setting up the next, each one slung at the listener with a purpose.

“Shibuya” was, among other things, a celebration of DICI’s Japanese heritage. He and director Brian Bayerl hopped a flight across the Pacific to shoot the clip for the song in the famous Tokyo neighborhood. There, baptized under the colored lights of the electronic billboards, the teenaged rapper introduced himself to music listeners worldwide. Since its independent release, the “Shibuya” clip has been viewed more than a hundred thousand times on YouTube, and its popularity shows no sign of waning. For “Five Rings,” DICI has again joined forces with Bayerl, but this time, they’re sticking closer to home. They shot their new collaboration in its entirety at the stylish SOMI Fitness Center in Coral Gables, Florida. Bayerl keeps the footage artfully shadowed as DICI lifts weights, jumps rope, and spars with trainers in dramatic slow motion. He’s a contender, he’s fighting fit — and he’s in it for the long haul.