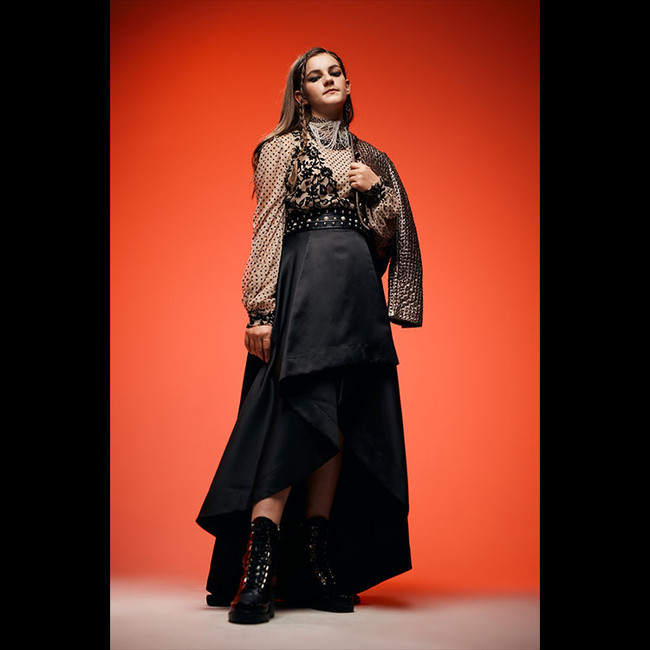 The immortal “Eleanor Rigby” is many things. It’s a riddle without an answer, a set of interlocking character sketches, a peerless exercise in songcraft, a brilliant integration of classically-inspired strings into pop. But above all, it’s a cry of anguish. “Look at all the lonely people,” the Beatles sang in 1966, and although technology has advanced, we’re just as isolated now as we were then. It’s little wonder that the song continues to resonate for young artists – especially those who’ve grown up with that particular sense of alienation that overexposure to social media engenders.

Fourteen-year-old Kjersti Long is an artist like that: the singer-songwriter is right in the thick of the fight, facing down all the fierce challenges and terrible pressures that members of her generation must overcome every day. Like the rest of her peers, she’s been through a year of lockdowns, school closures and event cancellations, and constant chase for approval on Instagram, TikTok, and other online platforms. She’s had to see the world through a pinhole. It isn’t hard to understand why she feels like singing out or why Paul McCartney’s story of missed connections and unwelcome solitude would profoundly resonate.

Luckily for Long, she’s got a superpower. Young she is, but she’s already developed one of the biggest, boldest singing voices in the state of New Jersey: a voice tough enough to stand up to ferocious rock arrangements but sensitive and nuanced enough to guide the listener through softer and more confessional material. Her version of “Eleanor Rigby” showcases both modes. Long says about her version of the song, “I personally know how hard anxiety and depression can be and I want others to be aware of the struggle people around them might have. I feel we can all, if aware, help lift their burdens and despair. I want to share my music with everyone as my way to help spread joy to others. I want everyone who sees the music video or listens to ‘Eleanor Rigby’ to know that they’re understood, appreciated, and loved.” Her father shares, “The only way to dispel darkness is to normalize it. Talk about it. Eliminate the fear. She does this through her music… and through using her platform as an artist to talk about her experiences candidly in ways that others dealing with the same things will understand. She believes this is what she was sent to earth to do. To bring comfort and peace to those dealing with mental illness, anxiety, and depression through music and the spoken word.” Long draws listeners in with a first verse that is as intimate as a whisper – but by the time the chorus hits, she’s roaring over a full band. Her versatility has gotten her noticed by some of the best: she’s already opened for David Bryan of Bon Jovi, and she’s planning more shows for the fall.

There’s plenty of footage of Kjersti Long in action in the beautifully shot, emotionally raw video for “Eleanor Rigby.” She leads her band with the self-assurance of a seasoned rock star, crashing through the verses and choruses with absolute conviction and real empathy for everybody who has suffered from the pain of unwanted solitude. She also shows us some of those “lonely people”: a girl manipulating her image for online consumption, an exhausted healthcare worker, an emotionally devastated teenager scribbling in a journal, an elderly man in a desolate room, sitting down to dinner by himself. Their pain is real, and Kjersti Long’s sympathy is palpable, and powerful, and maybe even healing.