You don’t have to be physically huge to have a commanding screen presence. You’ve just got to know how to project your ideas and character and shine like a star. In 2021, our musical heroes are all miniaturized: we access them on tiny phone screens and slip them into our pockets. In his witty clip for “He Hell,” Atlanta rapper Trap Commander plays with scale and perspective and adjusts to the reality of modern video by shrinking himself to the size of an action figure. He’s a small guy in a big and colorful city — but he still dominates the world around him through sheer force of personality. 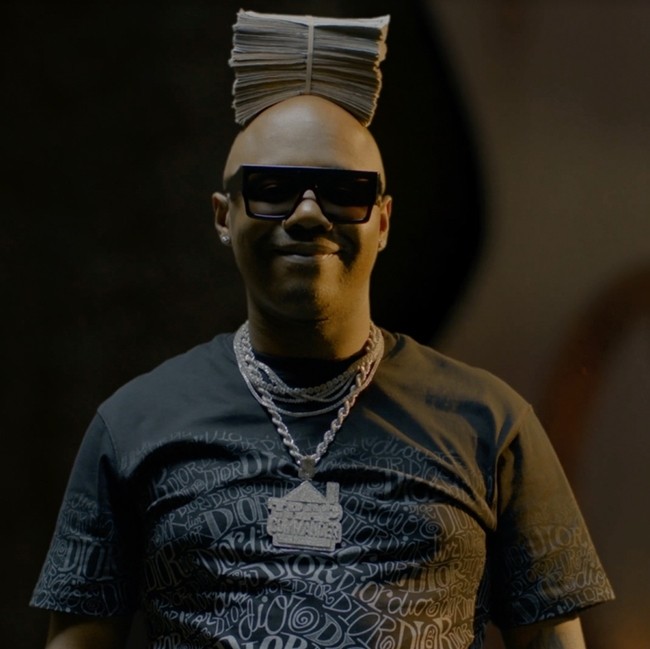 And being tiny has its advantages. He can drive his matchbox car (a beauty, naturally) down the aisles of a supermarket without anybody noticing and strap a beer bottle to the roof as a camper might fasten a canoe. Girls on the street stop to look at him, and pedestrians fear him as he speeds around their ankles. It turns out that opportunities to stunt aren’t limited to rappers of normal stature. The toy-sized version of Trap Commander has just as much swagger as the real-life version does.

That real-life version has swagger to burn. “He Hell” extends the sound and tone of his explosive 2020 full-length set, A Trapper’s Ambition, and his state-of-the-art American Hustlertrap music projects. This is the Atlanta trap sound at its most rambunctious: energetic, funny, slyly literary, hot, and muggy in the best possible way. Echoes of the giants of Georgia trap music are audible in these grooves – Trap Commander has some of the larger-than-life personality of 2 Chainz, the melodic sensibility of Migos, the microphone command of T.I., the low-key menace of Gucci Mane. Yet his story is singular, his style is resolutely his own, and his particular way of looking at things recalls that of no other rhymer in Atlanta or elsewhere. Who else but Trap Commander would take to the streets in a bright orange toy car? Who else would expect — no, demand — the respect of everyone he encountered, no matter how much larger they were?

Being tiny means that the rapper can recline on a pillow that looks like one large marijuana bud. It means coming face to face with a black diamond that’s bigger than he is. Is this diamond in the rapper’s possession? Of course it is — as is the giant gem-encrusted watch that he rides like a mechanical bull and the great stacks of money that rise around him like the walls of a dollhouse. This is a fantasy world, but it reflects the reality of his aspirations and the relentless drive that’s bound to take him to his dreams.