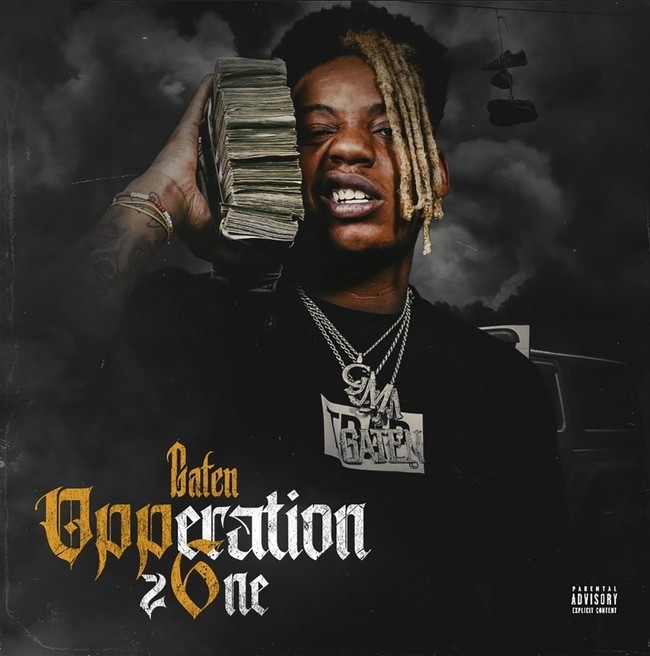 For fans of hard-hitting, merciless street rap, it’s been a Gaten spring. The young Atlanta vocalist has been everywhere these past few months, releasing music at a furious pace and thrilling fans with a series of new songs in advance of Opp-eration Z6ne, his hotly anticipated mixtape. Gaten has paired each of his tracks with a gritty, uncompromising video that takes the viewer deep into the world that he raps about — a world of cash deals, smoke and steam, threats of violence, and the hovering menace of the Georgia backstreets. “Add Up” is the latest, the hottest, the catchiest, and the most dynamic song in the run of singles, and its kinetic Global Visionz clip is a total immersion in a way of life that most people never encounter.

“Add Up,” like Gaten’s other recent singles, is a perfect union of sound and sentiment, beats and rhymes, street heat and dangerous cool. It matches the rapper’s stinging rhymes with tight, sharp production from the Canadian beatmaker Rylouis, who also made the music for Gaten’s April burner “2024.” Rylouis specializes in skittering hi-hat, sinister piano loops, and thumping 808s — trap music at its most stylish, basically — and it’s a perfectly murky and menacing environment for Gaten to inhabit. Despite the intensity of his subject matter, he’s a genial host. Gaten is witty and shrewdly wise, and, when he wants to be, he’s a remarkably vivid storyteller. And when he boasts, he’ll make you believe every word.

That swagger is boldly foregrounded in the video for “Add Up.” Gaten strides through the frames with an attitude that’s at once proprietary and commanding: this is his house and his world, and you’re welcome to be part of it if you can handle it. Global Visionz sets the nighttime scene, and we’re shown Gaten’s roughneck friends, his stacks of bills and his adding machines, his cars, and the instruments of his dominance. This is a volatile crowd he runs with, and Global Visionz’s camera work literalizes that sense of destabilization and mounting tension. Some of the shots are artfully shaky, the cutting is rapid, digital effects smear and blur the scene, and washes of blood-red and ice blue stain the footage. Sometimes the rapper is outlined in a burst of flame, and sometimes he seems to burst through the frames, as if video can’t contain his energy. Everywhere there is smoke — smoke from blunts, smoke hovering in the air of the kitchen, smoke from an unknown origin, attending a rapper whose career is catching fire.