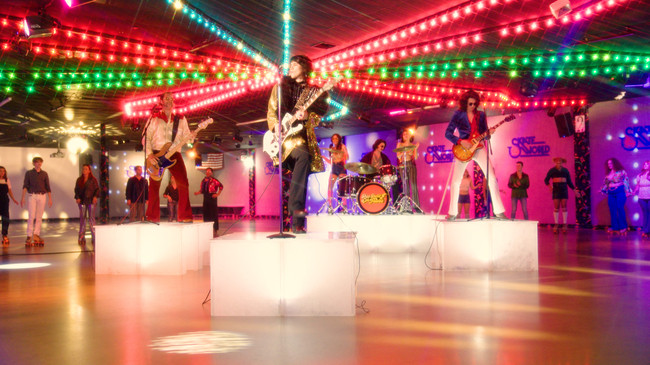 Supersonica Girl is a music video all about living your dream through song and dance that you create or you hear that brings you to believe in yourself. It’s fun, magnetic, vibrant and reminiscent of some of the greatest and classic videos from the MTV era. Roxx Revolt & The Velvets is fronted by Roxx Barrios, a dreamer herself, who escaped the regime of Venezuela and ended up on the shores of the USA in southwest Florida where she put together a great rock band of young dedicated locals who all dream of bringing the rock and roll of the USA back to the forefront of the pop culture world.

Roxx’s energy captured the imagination of rock entrepreneur Steven Machat, (Genesis-Phil Collins- Peter Gabriel-ELO flames of the past) through his lady, Debbie Kuhn Veltri, who lived in southwest Florida and had been promoting this band.

The video to “Supersonica Girl” is a takeoff from the old 1980s movie Xanadu and the British phenomenon of Top of the Pops of that era. Everyone will smile from watching this video and will wanna rock to becoming what you believe you really are if you put in the work in after you see who you want to be or can aspire to be. Dreams do come true.