Chris Donohoe’s five-song EP could have been created any time other than during the current Covid pandemic. However, it makes more sense within the context of an extremely difficult period in human history. It’s been a time when darkness has pervaded, and an era when someone, anyone, needs to let the light in. 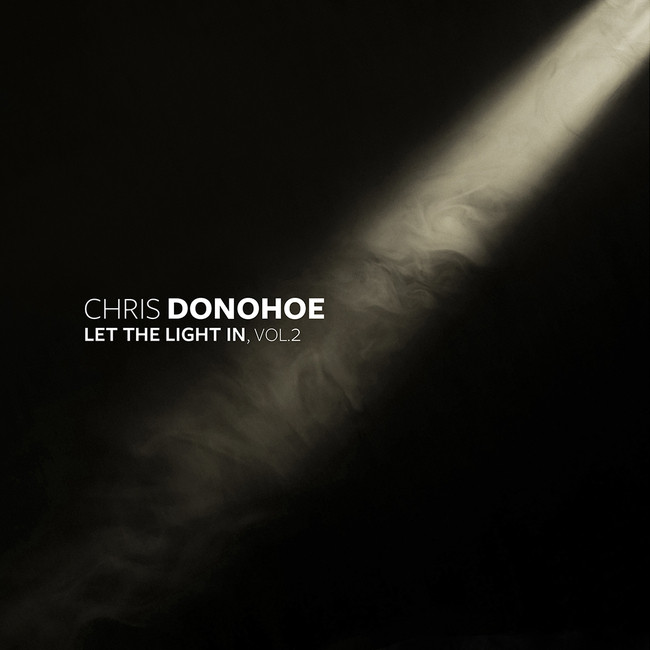 The project’s best recording is one titled “Loneliness” because it’s the most musically adventurous track. It’s built around a guitar/keyboard riff that sounds straight out of 80s pop. It’s the sort of track that gets stuck in your head, just like all the songs from those days did (and still do). Loneliness “kills people, more than cigarettes,” Donohoe tells us. “fast food or too much booze,” he continues. He caps off this list off with the line, “that’s what science says.” Indeed, lockdowns during the pandemic may have halted the spread of the virus. Sometimes, though, the cure can be worse than disease. For those poor lonely souls already suffering from agoraphobia, the pandemic only made a bad condition worse. What happens when you tell people who are already lonely, to stay indoors – for a year? This can’t heal, but only hurt. Of course, loneliness was already a human problem long before our recent pandemic. For whatever the cause, some people simply have great difficulty making human connections. Perhaps its because of some deep pain that causes them to not trust others. Maybe it’s just that they’re shy. It could be that they suffer from low self-esteem. Whatever the reason, Donohoe does a good job exploring human loneliness through song.

The album’s title cut is built on a thumping bass line. Lyrically, Donohoe reminds us about the common sense in being positive. “To let the light in/We gotta let the light out,” he explains. This means we need to be projectors, as well as receptors, of light. It’s more than just an openness to goodness. We need to expel goodness from ourselves, as well.

Donohoe closes his album with “Your Story,” which celebrates individuality. Everybody has a story to write, so to speak. No two lives are exactly the same. We all travel down different roads, which makes each story unique. Sonically, this is a quieter song. It’s built upon a bright melody, with Donohoe singing its words with the same sort of light he sings about during “Let The Light In.”

Although Donohoe is a mostly positive person, EP opener “Cut Too Deep” finds him detailing many of the societal problems we’re all experiencing. It asks a lot of questions that “Let the Light In” answers. Yes, we have a lot of troubles, but these issues cannot be solved by arguing and complaining. They can only be fixed by putting our hands to the plow and working out solutions. The instrumental bed to this track includes crisp percussion and stinging lead electric guitar lines.

Donohoe’s music may remind you of Howard Jones’ music in the 80s. Not so much musically, but certainly lyrically. Jones sang about how things can only get better, and he fully believed it. We need many more positive songs, and Chris Donohoe brings the positive – and then some – with Let The Light In.