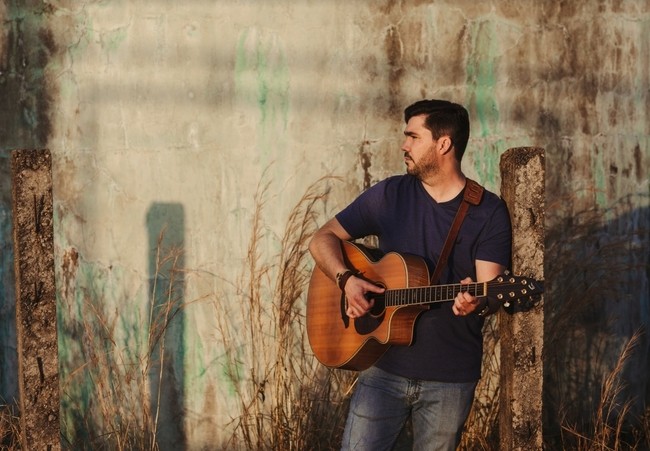 Time is a tricky subject; it’s a constant that often goes overlooked and passed so quickly. Sometimes there are too many hours in the day; other times, not enough. For singer/songwriter T.A. Parker, he reflects on his days behind and days ahead in his first-ever single “Endless.” Originally from El Salvador, the bilingual (Spanish and English) rocker had always focused on music in his late teens and early twenties, incorporating themes of conflict and resolution in his tracks. After becoming a doctor, he took a break from creating until recently, when he again picked up the pen and guitar. T.A.’s sound is best described as acoustic rock heavily influenced by the 90s with hints of Tom Petty speckled in. He’s committed to releasing a good jam to tap your toes to, but more importantly, songs that make you reflect and evoke memories you forgot were locked in there. The Indianapolis artist is a pro at making you aware, and with “Endless,” you’ll be asking yourself: where have the minutes gone?

In retrospect, time is short, and we never know until it’s too late. T.A. Parker recognizes this personal dilemma of time and displays his conflict with the quickly moving hands of the clock in his new music video “Endless.” A young boy (T.A.’s son) begins the countdown by turning the hourglass; as the sand starts pouring, the personal narrative begins. T.A. Parker and his band rock out in a tight shed, condensed together but still interestingly relaxed. The shed might feel claustrophobic, but peaks of sunrays are fighting to shine through the wooden beams. A young boy passes the time in the shed by playing basketball, while his older counterpart stands with a cane and a detached expression permanently glossed over. The two protagonists are constantly interacting but never communicating. They represent the singer’s discomposure – one is the younger version of himself, and the other is the older version of himself – the walls of time are caving in, forcing them to confront each other face to face.