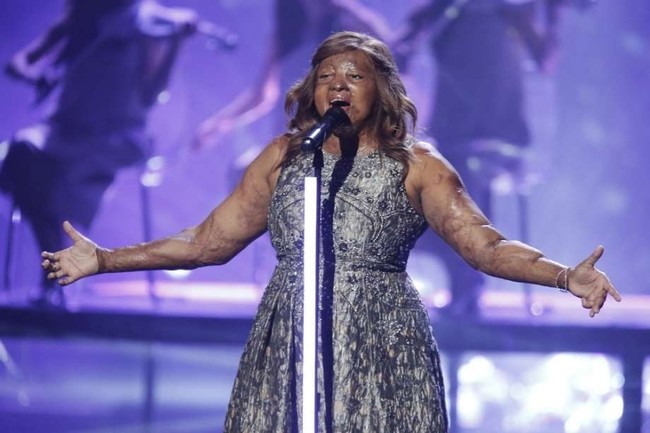 Kechi’s debut album is stirring up a lot of buzz across the pop world this year, and while the entire record is going to be worth checking out on your own, lead single “All the Time” is definitely the signature song you should start with. Featuring a flamboyant rhythm and lush guitar melodies that seep into the vocal track just enough to yield a hypnotic harmony, “All the Time” has the trappings of your average pop single with one specific twist – its singer has pipes of gold. Her performance here is nothing short of spectacular, and certainly makes it obvious why she was the recipient of a rare gold buzzer on America’s Got Talent.

“All the Time” is an identity track for a couple of reasons, but the most obvious among them has got to be the springy nature of its groove and how Kechi manages it. She doesn’t leave space for the beat to express something independent of her words; she owns the percussive detail here and uses it to further the emotional tone of her lyrics, which is something I usually don’t find in a lot of greenhorn releases. Her skills aren’t the sort you can teach, but instead something that comes quite naturally to her.

Rhythm and harmony serve as the compositional pillars of this piece above all others, but this isn’t to say that the production quality doesn’t afford us some fireworks as well. I will say that I don’t think Kechi needs a lot of studio varnish to sound stunningly on-point with both her vocal and the way she marries words and the melodic faceting beneath them without sounding like she’s exploiting a mixing board for everything it’s worth. This is pure and organic pop, which isn’t all that easy to come by these days.

The chorus here features a lovely swing that could be framed as indulgent depending on how you look at the aesthetics of the song in general, but even if it were, that doesn’t make it an unnecessary component at all. Kechi is using everything at her disposal in making something whole and passion-driven in “All the Time,” and though this might have been the standard going back a couple of generations in the pop music genre, to say it’s anything but in 2021 might be too grand an understatement for a credible critic like myself to make.

Not many rookie affairs come off as polished and put together as Kechi’s, and both America’s Got Talent fans and newcomers to this artist’s sound are certain to agree that this player has a great future ahead of her just based on what she’s laid down in her debut album. “All the Time” is a good starting point for a career that will likely be defined by the developments she implements over time as opposed to all at once, and while I don’t know if she’s at her full potential in this performance, that’s the beauty of this track – it’s only the beginning of something undisputedly amazing.