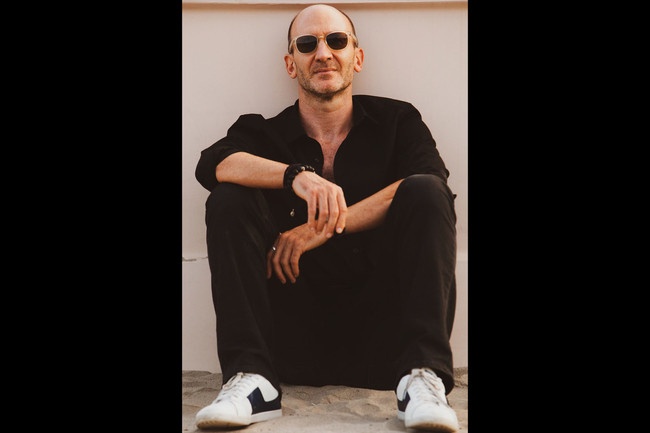 “Animals,” from singer-songwriter Eddie Cohn, is the rare music video that makes the skyline of a major city look utterly novel. Cohn and director Leslie Andrew Ridings present Los Angeles as a fevered mirage: an urban dream rising from a post-industrial landscape. They don’t do it by manipulating film; instead, they’ve set up on the periphery of the city, and they’ve allowed the strange radiance of Southern California and the overwhelming presence of natural light to carry the video into a parallel world. Cohn is our guide to this striking Los Angeles – a dweller on the periphery – and he shares a side of this cultured capital city that’s often overlooked.

Cohn is a singer, a writer, a producer, a DJ, a podcaster, a dreamer, a teacher of yoga – but it’s probably best to say that he’s in the business of illumination. No matter what he turns his attention to or how he expresses himself, he reveals dimensions unseen. That’s true for his music videos, and it’s true for his songs, too. “Animals” is designed for mystery: it rides along on a sinuous groove, and it’s decorated with textured guitar, synthesizer, and a summer rainstorm of percussion. Cohn’s lyrics tease like a riddle, and when you immerse yourself in the track, you’ll discover its uncanny depth. You’ll encounter a song that promises spiritual rebirth and an arrangement that, in its clever development, feels like renewal in progress.

“Animals” is the latest chapter in a story that has been unfolding for more than a decade. During his career as a recording artist, Cohn has consistently blurred the distinctions between rock, electronic pop, folk, and club music – he’s always operated in quiet defiance of genre, drawing from the best of all styles. Ridings’s video for “Animals” transcends categorization, too: it straddles the line between travelogue, documentary, and scene-setting science fiction. “Animals” was written in response to the tension in Los Angeles during the George Floyd protests, and Ridings and Cohn have captured that sense of destabilization in their video. With the riots and protests happening just a few blocks away from where he lives, Eddie was drawn to write about the turmoil, human beings’ violent tendencies and how, maybe, we’re no different than basic animals. Eddie sways back and forth lyrically, wondering if we realize our strength and potential or would we be better off if we “blow up ourselves and try again.” The city looks fragile, its dimensions blurred, backlit, overwhelmed by the roaring sun. There’s also a beautiful woman in the clip who bathes in a river; at times, she’s completely immersed; in others, she emerges from the water with a look on her face that lingers halfway between bemusement and challenge. She’s the spirit of the city – imperiled, overwhelmed, dislocated, but ultimately unbroken.