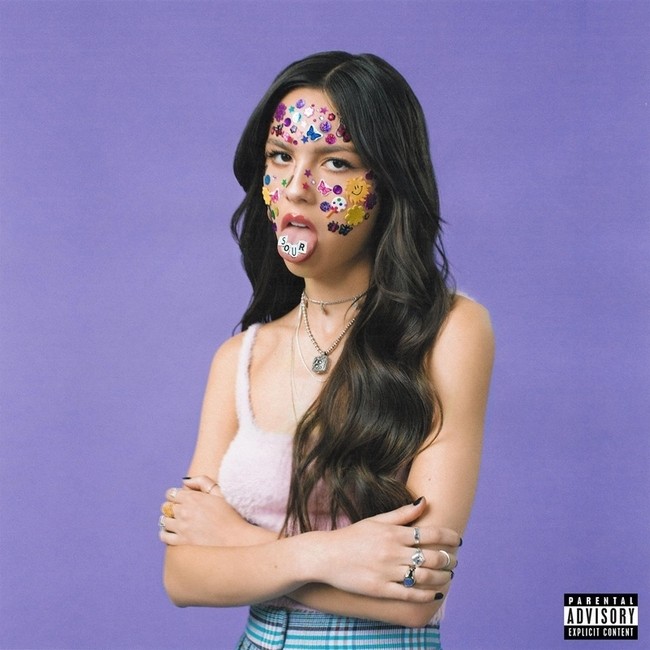 For Rodrigo, one of the greatest joys in life comes from deliberately tapping into her deepest heartache. “There’s nothing like sitting at the piano in my bedroom and writing a really sad song,” she says. “It’s truly my favorite thing in the world; it’s so inspiring to see my music affect people and maybe help them to feel less alone too.”

“I’m also fascinated by the idea of a relationship going sour—how a person you loved so much and told all your secrets to can become the person you can’t stand,” Rodrigo explains about the album’s title. “For me, the goal of all music is to take these complicated feelings and externalize them in a way that makes people feel seen.”

On January 8, 2021, the arrival of Rodrigo’s record-breaking, triple-platinum, debut single, “drivers license,” revealed the tremendous power of her raw self-expression—and ultimately cemented her status as the most promising young artist to emerge this year. The song premiered at No. 1 on the Billboard Hot 100, holding the top spot for eight consecutive weeks and becoming the first in 2021 to hit one billion total global streams. “drivers license” is also the first this year to be RIAA certified at Gold, Platinum, double and triple-Platinum, not to mention scoring the No. 1 spot at Top 40 radio for five consecutive weeks and having the quickest trip to the top spot for a first-time charting female artist.